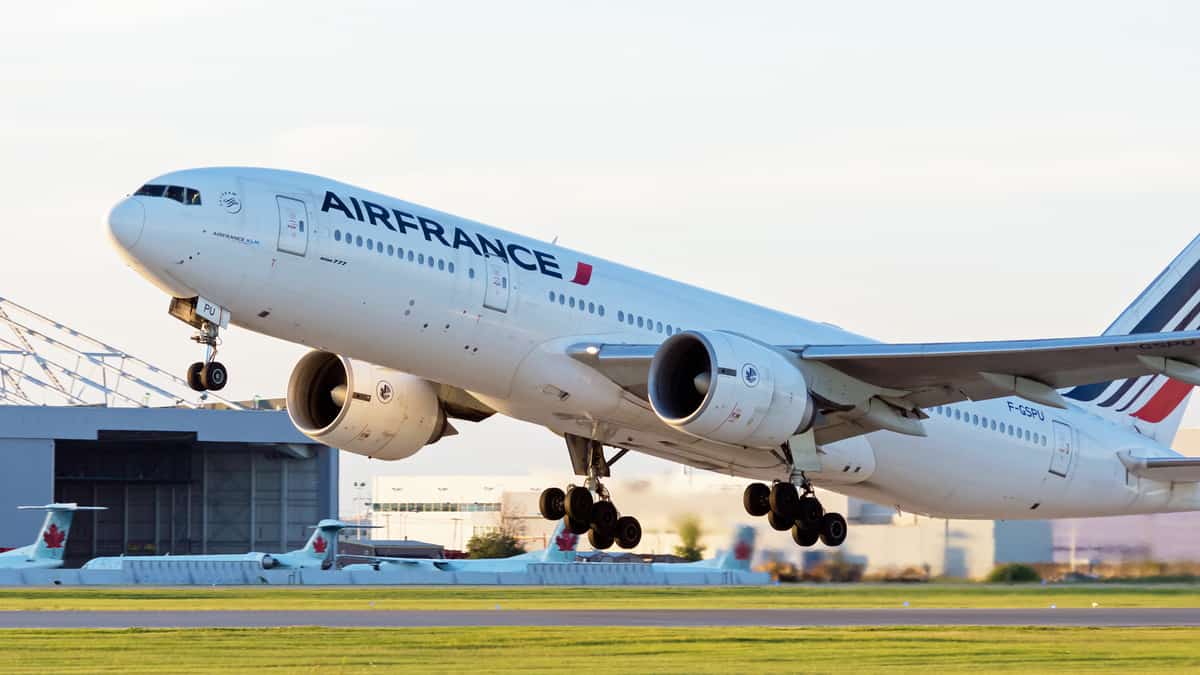 President Donald Trump on Wednesday night announced a 30-day ban on travel to the U.S. from Europe as the worldwide spread of the coronavirus topped 120,000. The World Health Organization declared a pandemic and stock markets tumbled further Wednesday and are expected to open sharply lower today.

In a nationwide address from the Oval Office, Trump said the travel suspension would begin Friday at midnight and is an effort to contain the spread domestically. It excludes the U.K. In his speech he indicated the ban on inbound traffic would apply to cargo too, meaning that all-cargo planes and vessels would also be affected.

However, he later clarified by tweet that trade will not be affected by the travel restriction, which applies to 26 countries. The Department of Homeland Security also clarified the president’s remarks to say that the travel ban only applies to  foreign nationals who have been in certain European countries at any point during the 14 days prior to their scheduled arrival to the United States, not to legal permanent U.S. residents.

The U.S. decision is another huge blow to the airline industry and companies that rely on multinational supply chains. Since late January, airlines have been aggressively pruning flight schedules and taking other steps, such as deferring capital expenses and hiring, to minimize the financial impact. The flight reductions began with China, but quickly spread to other parts of Asia and the rest of the world.

In recent days American Airlines said it will cut international capacity by 10%, including a 55% reduction in seats for the trans-Pacific market, and 7.5% on domestic routes. Delta Air Lines announced a 15% reduction in system-wide capacity (10-15% in the domestic U.S., 5% in Latin America, 15-20% in the trans-Atlantic, and 65% in the trans-Pacific). United said it would cut capacity by 20%. Alaska Airlines in March and April will reduce its schedule by 3%, mostly on high-frequency routes.

Lufthansa on Wednesday said it will slash an additional 23,000 flights between late March and April 25, after last week forecasting a 50% cut in capacity in the coming weeks and the possible grounding of its fleet of 14 giant Airbus A380 aircraft.

The International Air Transport Association, which represents airlines, last week said the industry could lose up to $113 billion in revenue this year in a worst case scenario.

The stocks of major European airlines declined about 10% on Thursday after news of the travel restrictions. Deutsche Lufthansa AG’s stock has lost 40% of its value this year. The stocks of Air France-KLM and Norwegian Airlines have lost 50% and 80% of their value, respectively. American Airlines’ (NASDAQ: AAL) stock is down 50% since its mid-February high.

Flight reductions have simultaneously sucked up valuable space below deck that companies rely on to move goods, placing a premium on operators that fly dedicated freighters. Airfreight rates, especially out of China, have shot up in the past two weeks. The TAC Index reports are $3.50/kg on China-U.S. routes – $-0.30 more than reported by FreightWaves on Friday.

The new U.S. travel restrictions will likely cause airlines to pull down more flights.

Airlines have been losing business as companies restrict corporate travel, large industry conferences and events get canceled, and leisure travelers are wary of flying. On Wednesday, the National Basketball Association suspended the rest of its regular season, the NCAA said it would play its college basketball tournament in empty stadiums and a major rodeo in Houston was canceled.

Airlines have tried to alleviate concerns by promoting steps to sanitize planes, including a new spray fogger deployed by Delta Air Lines for aircraft interiors, but the scale of the crisis is overwhelming their efforts.

Nonetheless, the Association of Asia Pacific airlines on Wednesday urged governments to roll back or refrain from introducing travel restrictions to prevent economic disruption, saying that the spread of COVID-19 in more than 100 countries is mostly from local transmission rather than imported cases.

It said it isn’t aware of any inflight transmission of the disease.

“The proliferation of travel restrictions worldwide and insufficient adherence to the international health regulations are imposing enormous costs on society with little or no public health benefits. AAPA appreciates the leadership of WHO on this issue and calls on governments to fundamentally reconsider the rationale for such travel restrictions and measures, taking into account the disruption caused to people’s livelihoods and the negative repercussions to the wider economy,” AAPA Director General Andrew Herdman said in a statement.

The AAPA’s position flies in the face of warnings from medical professionals. Anthony Fauci, the director of the National Institute of Allergy and Infectious Diseases, has urged Americans, particularly older and ailing people, not to travel, and to practice social distancing. And a doctor at the epicenter of the public health response in Europe made a forceful appeal in a Newsweek commentary for people not to travel because the coronavirus is more dangerous than many assume and people have a moral obligation to help prevent its spread.

Earlier on Wednesday, the U.S. Federal Aviation Administration said it is temporarily waiving minimum slot-use requirements at U.S. airports through May 31 to help airlines that cancel flights due to the coronavirus.

Under normal circumstances, airlines can lose their take-off and landing slots at congested airports if they don’t use them at least 80% of the time.

The agency said it hopes U.S. carriers will be accommodated with similar relief by airport authorities in other countries.

Earlier this month the trade association for international airlines requested regulators relax the slot rules as airlines cut flight schedules due to the outbreak.