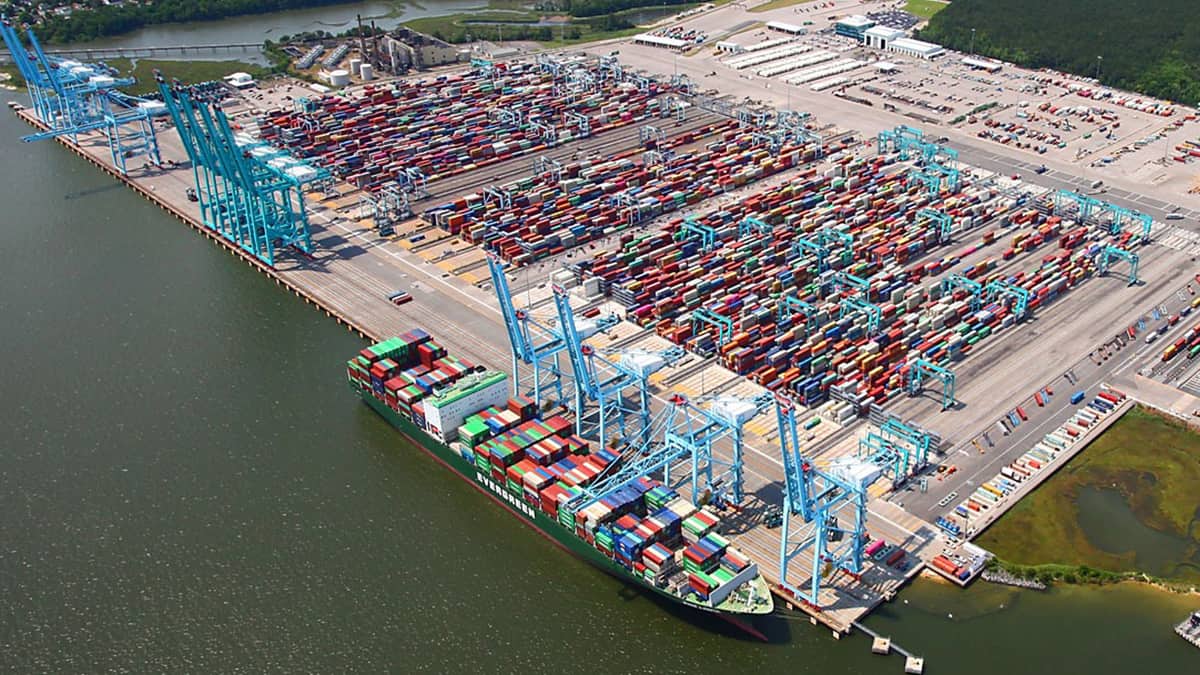 The Port of Virginia said it is rapidly processing import containers of COVID-19 test kits and protective gear for frontline medical personnel through a newly instituted critical cargo initiative.

“We moved our first import load of test kits on Monday and our operations team worked closely with the ocean carrier and the cargo owner to make sure we moved that container first,” said John F. Reinhart, CEO and executive director of the Virginia Port Authority, in a statement. “Three more containers are set to arrive later this week and we are working with the ocean carriers to identify additional priority cargo.

“This cargo is vital and getting it to the people that need it the most as quickly and efficiently as possible is a priority for the Port of Virginia team,” Reinhart said.

The vessel COSCO Philippines arrived at Virginia International Gateway early Monday morning. Port officials said the container with the test kits was offloaded just before 9 a.m., and a truck carrying the container left the terminal barely two hours later bound for a pharmaceutical company in Indianapolis.

Port of Virginia spokesman Joe Harris said in an email to American Shipper that the test kits in the container were made in Europe and the box was loaded onto the ship at the Port of Rotterdam.

Monday’s move was the port’s first as part of its COVID-19 critical cargo initiative, which identifies import cargo needed in the effort to fight the coronavirus and allocates equipment and personnel needed to get the container moving to its destination as fast as possible. The cargo includes personal protective equipment (PPE) for the medical industry, coronavirus test kits, hand sanitizer and raw materials going into PPE production.

The port said it is committed to:

Reinhart said the success of the critical cargo initiative will require significant collaboration among ocean carriers, the ILA and the port’s operations team to identify the cargo and its location on ships well before arrival

“Everyone understands the importance of this cargo to those who really need it,” Reinhart said. “More is on the way and as it arrives, it will receive priority treatment and expedited delivery.”

Harris told American Shipper that three containers carrying these critical goods are expected to arrive Friday. Those boxes also are destined for the pharmaceutical company in Indianapolis.