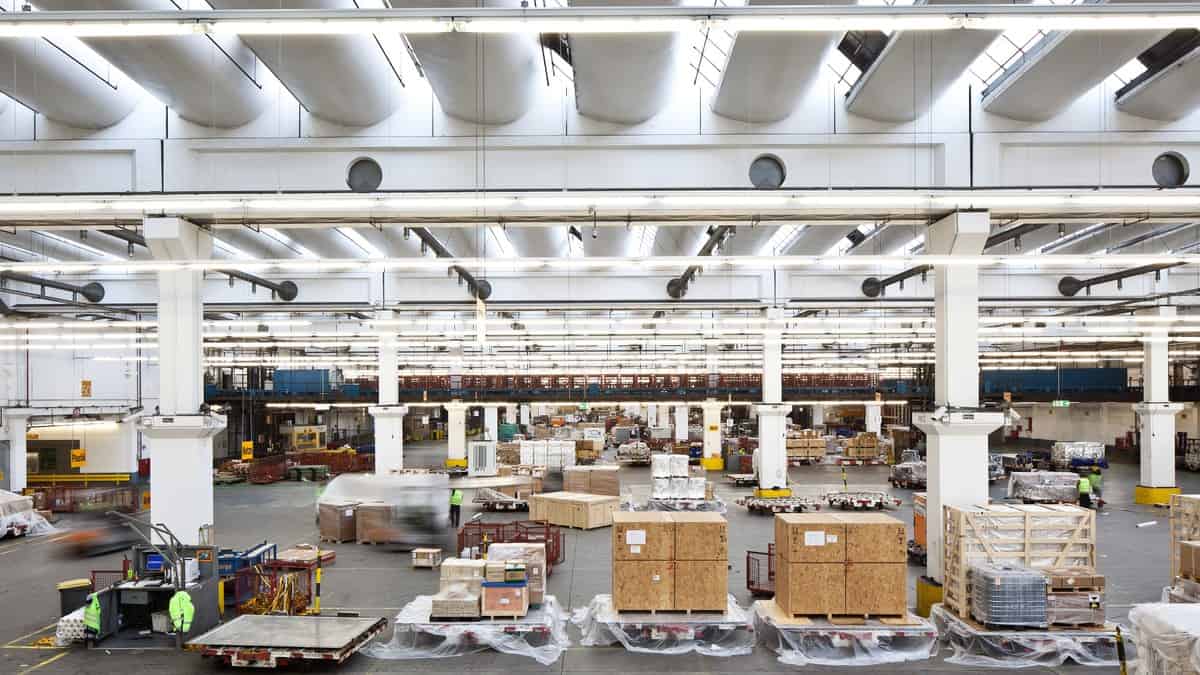 (Correction: This story has been updated to reflect that new arrangement’s at Lufthansa’s facility would involve do not impact digital communications with customers or IT links with other contractors).

Lufthansa Airlines (OTC US: DLAKY) is consolidating outsourced operation of its main cargo hub in Frankfurt, Germany, turning the facility over to third-party logistics provider Fiege Group as part of a larger effort to increase efficiency through use of technology.

Several small- and medium-size handling partners previously carried out physical movement of inbound and outbound shipments, but their functions will gradually transition to  Fiege’s new air cargo logistics subsidiary, the airline’s cargo division said Monday. Other providers, however, will still be involved to handle non-standard shipments and other specialized processes.

The Lufthansa Cargo Center at Frankfurt International Airport is the heart of the company’s airfreight network and the base for its fleet of MD-11 and Boeing 777 freighters. The facility also has some of the industry’s most sophisticated cargo X-ray equipment for security and is home to one of the largest temperature-controlled warehouses on airport property. It handles import and export freight, transfers, and exchanges to the road feeder network.

Lufthansa Cargo recently implemented a number of IT upgrades for production planning and control at the hub. Fiege’s experience in contract logistics implementing warehouse processes will build on those advances, spokesman Andreas Pauker explained in an email. The new cooperation with Fiege reduces the number of contractors Lufthansa has to interface with, enabling the company to optimize the digital enhancements and improve internal communication, he added.

Fiege Group, based in Greven, Westphalia, partnered this spring with Lufthansa to deliver tens of millions of face masks from China to Germany. Last year, the company generated 1.7 billion euros ($1.9 billion) in revenue.

Parent company Deutsche Lufthansa AG ensured its near-term financial security at the end of June with a $10 billion stabilization package backed by the German government, but the board of directors said Tuesday more cost reductions are needed to ensure the company can quickly repay the loans and investments so as to avoid any increase in interest rates.

A restructuring strategy, ReNew, will guide the airline through the end of 2023 as it recovers from coronavirus-related losses. In addition to reducing the fleet by 100 aircraft and shuttering regional carrier Germanwings, as announced in April, the German flag carrier is streamlining management positions by 20% and eliminating 1,000 other jobs, as well as accelerating the transformation of Lufthansa Airlines into a separate corporate entity.

Lufthansa has already phased out 22 aircraft ahead of schedule, including six Airbus A380 super-jumbo jets, 11 A320s and five Boeing 747-400 aircraft. It is also cutting in half, to 80, the maximum number of new aircraft the company will accept through 2023.

Lufthansa said it still has a surplus of 22,000 employees for the smaller operational footprint but will try to avoid layoffs by working with unions. The company said so far it has only been able to negotiate concessions with the union representing flight attendants.

Lufthansa subsidiary Austrian Airlines on Monday also received approval from the European Commission for a 150 million euro ($169.5 million) grant from the Austrian government, part of a 600 million rescue package of loans and capital from Lufthansa Group and banks. The airline only needs Germany’s endorsement to proceed with the plan.

Lufthansa and Austrian are in the process of ramping up flight operations following a long shut down because of travel restrictions designed to contain COVID-19’s spread.