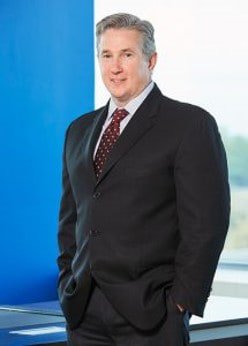 Damco’s new head of the Americas, Mike Meierkort, has been on the job for only a week, and his logistics mettle is already being put to the test.

Meierkort stepped into his new role as the COVID-19 pandemic rapidly spread across the U.S. and quickly scrambled many shippers’ international supply chains. But he had confidence in the business resiliency program that Damco had already put in place to deal with such a disruption.

Although a COVID-19 pandemic was not on anyone’s radar, Damco spent the past 18 months developing a business resiliency platform to continue optimally managing its operations and services during manmade and natural disasters anywhere in the world.

“No one has a playbook for something like the pandemic,” Meierkort told American Shipper in a telephone interview from his home office in Chicago on Thursday. “Our business resiliency program was the closest thing to having a playbook, which made us better prepared for this disruption.”

Part of that program included having the procedures and information technology in place to allow employees to continue their jobs no matter the situation.

“We created processes and communications, as well as the tools to assess risk, to proactively manage disruptions internally and externally with our customers,” Meierkort said. “We were ready when we sent our people home to work.”

Damco’s business resiliency platform also allows it to quickly roll out logistics services whenever and wherever to help mitigate shippers’ risk during emergencies.

Damco CEO Saskia Groen-in’t-Woud also expressed confidence that Meierkort, a 32-year logistics industry veteran, could keep the company’s operations and logistics services steady during the pandemic. Prior to joining Damco, he held senior management roles at Livingston International, and before that with Panalpina and Vanguard Logistics.

Two weeks ago, Damco began a nationwide rollout of its Cargo Rescue Program, in partnership with IMS Transport. The program includes two container logistics service offerings to help ease congestion at U.S. ports of entry due to the pandemic.

Under the Cargo Rescue Program’s “Park and Save” offering, Damco will pull U.S. Customs-cleared import containers from marine terminals and store them on their chassis at a secure location until the customer is ready to receive them.

Meierkort said this service saves shippers from having to keep their containers at the marine terminals, which over time results in costly detention charges.

Damco took its Park and Save offering a step further by providing shippers a “Strip and Store” service, in which freight is removed from containers and stored in a warehouse until it’s ready for delivery by truck to the customer. Container and chassis demurrage fees are eliminated, since the equipment can be rapidly returned to the ocean carriers and marine terminals, Meierkort said.

“This service will be a benefit anywhere you experience a major chokepoint, be it a West Coast or East Coast marine terminal, or an interior railhead like Chicago,” he said. “We’re helping those ecosystems by pulling those containers out.”

“We have enough space through our warehouses and those of our strategic partners to accommodate this service for the long haul,” he said.

In recent weeks, Damco also stepped up its use of charters to airlift much-needed medical supplies from China to the U.S.

“Last week we oversaw an air shipment of 7.8 million face masks from Shanghai to Los Angeles,” Meierkort said. “We have several more air shipments like this in the works.”

In 2018, Damco’s supply chain business became part of A.P. Moller-Maersk (OTSMKTS: AMKBY), but it remains a separate operating entity with its own brand.

“Today, we’re in every major market, seaport and airport in the world,” Meierkort said. “We know how to deal with challenging times like this.”