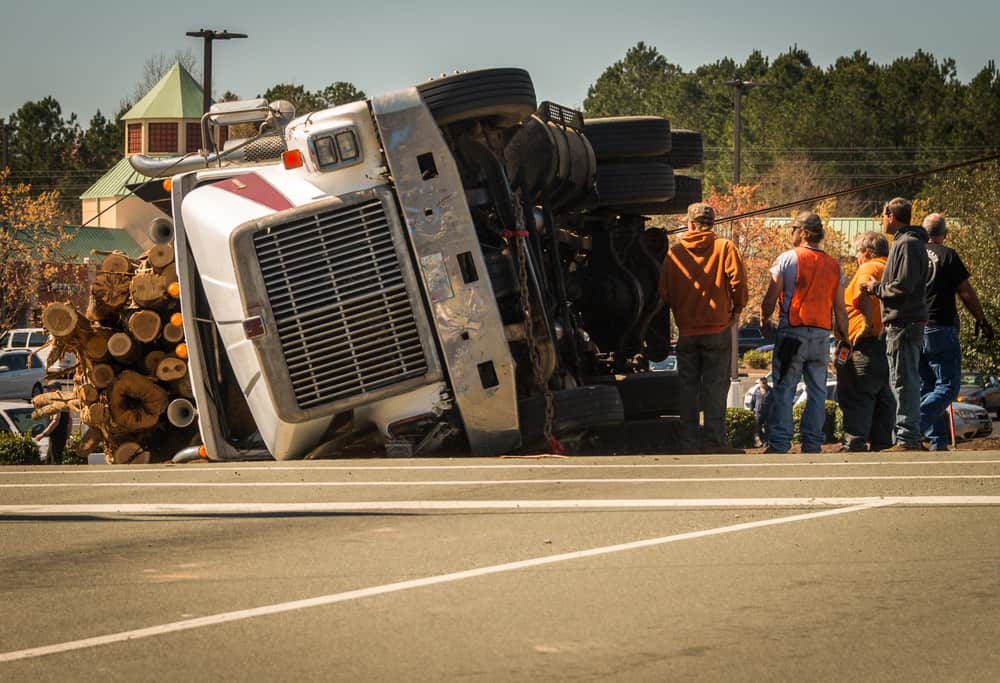 Within the trucking industry, legal battles over road accidents are nothing new. However, verdicts in trucking accidents have steadily become more costly, partly due to the legal environment that incentivizes lawsuits. This has led to the nuclear verdicts of today in which a jury awards over $10 million in compensation, crippling many fleets and forcing several to bankruptcy.

FreightWaves spoke with Adam Denman, the director of global OEM business at truck safety startup Road-Aware, to understand some of the reasons that lead to truck-related road incidents and the legal battles playing out on road collisions.

Denman pointed out that while driver distraction and fatigue are considered common reasons for truck-related collisions, there are also other lesser-known reasons, including driving at an unsafe speed while turning corners.

“At our fleet trials last year, we realized that neither the safety managers nor the drivers realized how close they were to tipping over in many situations. It is understandable to some extent. Passenger cars provide greater stability when you go around the corner, but you don’t get that in a truck because the tractor is heavy and solidly on the ground. Turning tight corners at an unsafe speed will tip over the trailer in a blink,” said Denman.

For proactively defending themselves against frivolous lawsuits, fleets can invest in technology that helps them monitor not just the in-cab activities like driver behavior but also observe the driving environment. “The lack of exculpatory evidence can be disastrous for fleets, as these verdicts are very often dished out because there isn’t sufficient evidence to precisely know what happened,” said Denman. “So having cameras to monitor 360 degrees will be an excellent defense.”

The lack of pre-fitted safety systems on the trucks is a cause for concern. Denman explained that trucking OEMs in recent years have faced several lawsuits for not fitting safety systems, even though they are not mandated by law. However, such systems would increase the cost of trucks, making them financially unfeasible for many owner-operators and small trucking fleets.

“If you create an analogy for the trucking industry with the aviation market, you can see that the latter will not be allowed to fly aircraft without the appropriate safety equipment. The same is not true of the trucking industry, even though it continues to kill about 5,000 people a year just in the U.S. alone,” said Denman. “I think regulations will eventually force OEMs to fit a lot more standard safety equipment in all their trucks.”

For instance, take the case of trailer rollover accidents in which the trucks are traveling below the posted speed limit on a bend. Based on the truck trailer’s weight and dimensions, the speed at the turn would change dramatically, which is extremely difficult for a driver to deduce without the help of safety systems.

“Drivers are expected to take an educated guess as to what speed is safe. Such assumptions can be dangerous, and safety systems can help avoid such accidents,” said Denman. “There’s an amazingly tight correlation between the profitability of trucking companies and their lack of accidents. For a large fleet, reducing the number of accidents can have a radical effect on its bottom line. Anything done with regard to safety and monitoring can make a huge impact.”