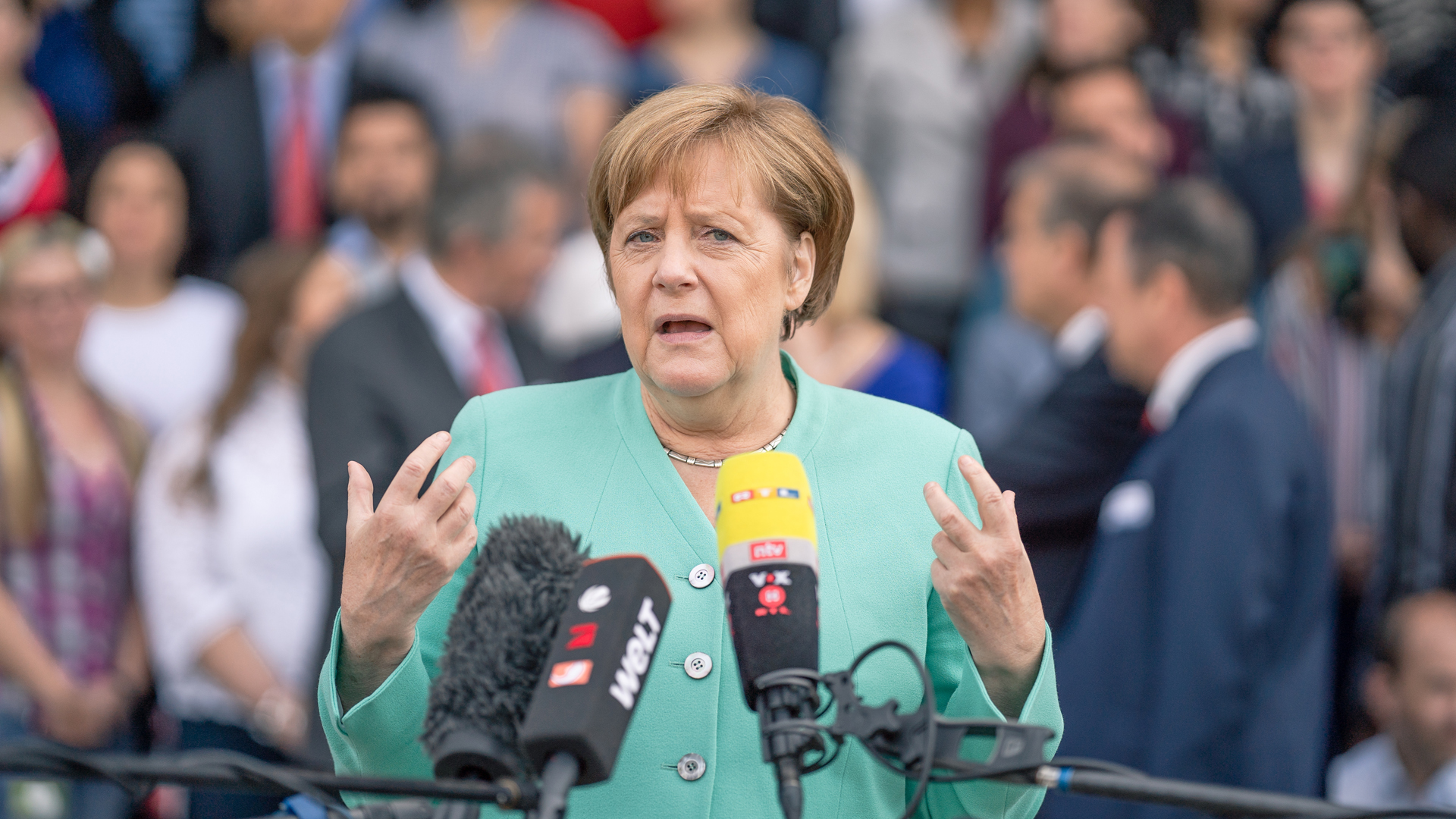 Angela Merkel, the Chancellor of Germany, unveiled an ambitious climate package to the tune of €54 billion, buoyed by public protests on Germany’s inability to hit its upcoming emissions target of 2020. The frustration of not reaching its climate targets is of great annoyance to Germany, as the country is considered a flag bearer in the fight towards reducing global carbon footprint.

In 2002, Germany promised that by 2020, it would reduce its carbon emissions by 40% from 1990 levels. However, even after the country’s sweeping climate-related reforms – including phasing out coal, providing tax-cuts for low and zero-emission vehicles, increasing fuel surcharge, and regulatory requirements for driving diesel vehicles within city vicinities, Germany has only managed a 32% reduction in emissions from 1990 levels.

The new €54 billion package has been unveiled at a juncture where the voice of climate activists are at a historic high, with over a million people taking to the German streets in September during protests organized by the “Fridays for Future” – a movement popularized by Swedish teen-activist Greta Thunberg.

Though the new climate package does come with elaborate tax subsidies, incentives for buying electric vehicles, the introduction of carbon prices on transport, and added tariffs on domestic flights, climate experts believe the package is not ambitious enough as it is too little to douse the demand for fossil fuel.

The pledged €54 billion will be allocated between 2020 and 2023, increasing from €9 billion in yearly funding for 2020 to €16.5 billion in 2023. Then again, the German government is clear that it will not be accruing debt to enforce the package. This is in line with the German policy of delivering a balanced yearly budget that looks to tip towards less spending and higher revenue, rather than taking up debt to revitalize the economy.

However, there is a definitive economic downturn in the picture. The German purchasing managers’ index (PMI) registered a reading of 47.0 this September, down from 54.6 in the same month in 2018. The consistent PMI reduction is a concern as the index measures the activity level of purchasing managers in the manufacturing sector. Anything below 50 on the index signifies a downturn in the manufacturing economy.

Germany has a lot to ponder about in the context of providing a fiscal stimulus to the market if it continues to slide. The German government might have to consider letting go of its traditional balanced yearly budget and look to take up some debt to revitalize the economy.

But if Germany remains adamant in not considering the option of a deficit budget, and if push comes to shove, the German government will, in all likelihood, look to prop up its automotive sector rather than focus on climate goals.

Diving into the intricacies of the climate package, it talks of a “CO2 price.” The specific details on the price are still hazy, with the Federal Ministry for the Environment commissioning a study to determine the level of CO2 pricing. Germany will have to be careful with added carbon taxes, as it was the same tax that fueled the yellow jacket protests that raged in France for several weeks.

Then again, gasoline and diesel will be getting more expensive in Germany from 2021, when three cents will be added to every litre, with an increase of 15 cents expected in the years that follow. Meanwhile, the commuter allowance will be increased for people who transit longer distances for work every day. The implementation of this needs to be scrutinized, as the allowance applies to everyone irrespective of the means of transport they use – thus providing impetus to even the people who use private cars as transit.

The package pointed out that vehicle taxes will be revamped, with new registrations paying vehicle taxes based only on CO2 emissions per km and not based on volume displacement – a parameter which was used as a category before. This is advantageous to electric cars, as they would pay zero vehicle taxes due to zero emissions. 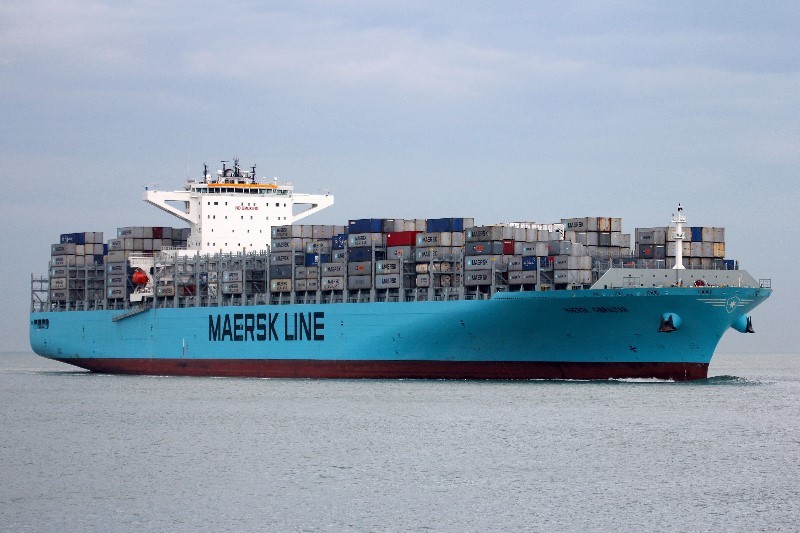 Container ships are setting new records, but for all the wrong reasons, as the vessels become an increasingly popular way to smuggle drugs.

As FreightWaves’ Mike King reported, the Maersk Gibraltar, which can carry the equivalent of 5,000 common shipping containers, was the site of the U.K.’s largest drug bust as authorities found about 1.2 tonnes of heroin, valued at $148 million.

The September bust shattered the previous U.K. record set in August of $50 million worth of heroin found in a shipping container.

The European Monitoring Center for Drugs and Drug Addiction said in a June 2019 report that the number of cocaine seizures and volumes coming into the continent are at an all-time high. A kilo of cocaine in Europe can fetch 25 times its wholesale price in South America, the report added.

Aside from the smugglers, innocent shippers also get caught up in seizures due to delays and the resulting investigations, said Sherhina Kamal, product director for DP DHL Group’s risk assessment unit Resilience360.

She said shipments coming from South America and other high-risk origins are likely to receive extra scrutiny, as will the carriers are unwitting accomplices in carrying drugs.

“With additional events like these taking place, there might be more checks on ocean freight coming from Latin America,” Kamal said. “The delays are minimal at this point, but given the scale and the frequency of seizures, it may change.”

The issue of cargo delays will be more critical as trade between the Euopean Union and South America is set to expand, particularly for perishable and time sensitive cargoes such as fresh fruit and agricultural goods.

The European Union, already the largest importer of fresh fruit in the world, will get even more such shipments from South America as part of a new free trade agreement signed in June.

Europe is not alone in this problem as demonstrated by the U.S.’ largest cocaine seizure taking place on the MSC Gayane in the Port of Philadelphia in June, netting $1 billion worth of the drug.

The U.S. Attorney’s Office for Eastern Pennsylvania charged its first member of the MSC’s crew, Nenad Ilic of Montenegro, with conspiracy to distribute cocaine. At least five crew members were arrested as part of the bust.

The seizure caused MSC to be suspended from U.S. Customs and Border Protection’s C-TPAT program, which provides expedited cargo processing in return for outlining how they deal with risks such as smuggling.

MSC has since been readmitted to C-TPAT. But the active involvement of a ship’s crew in smuggling, as opposed to drugs being unwittingly loaded onboard, also heightens the risk for shippers, Kamal said, as those carriers’ vessels then become targeted for increased inspections.

“What is more concerning for shippers is these major carriers being implicated in the process,” Kamal said. “If they have their preferential treatment taken away, that will add to time to clear cargo at the ports.”

West Coast ports say US is not winning the trade fight

Ports ask President Trump to reach accord with China. gCaptain

7 Reasons Why You Should Outsource Your Logistics

Today, ninety percent of Fortune 500® companies rely on 3PLs for outsourced logistics and supply chain services, according to an Armstrong & Associates report. Whether you’re a B2C or B2B company, how promptly and efficiently you react to customer orders has a direct bearing on customer loyalty, retention and earnings. Company supply chains have become strategic imperatives, with businesses investing heavily to create competitive advantages through innovations in their fulfillment, warehousing and logistics operations.

When you outsource non-core functions like logistics, you can focus entirely on what you’re great at: growing and building your business.

Explore these seven reasons to outsource logistics services and partner with a 3PL:

There aren’t enough hours in the day to become an expert on the complexities of logistics while still creating new products, expanding markets and growing your company. When you outsource logistics management, you put the day-to-day execution, strategic recommendations and logistics operations in the hands of a trusted partner. In the process, you’ll free up time for employees to focus on customers and expand your business.

Risks are an inherent part of supply chains, but 3PLs can help businesses mitigate incidents and prevent downtime. Many 3PLs provide 24×7 monitoring and visibility to anticipate and respond to problems that keep your supply chain operational. As part of its logistics platform, Freight Italia is using pioneering technologies like AI (artificial intelligence) and machine learning to help businesses solve problems before they happen. AI gathers and analyzes thousands of data points from historical events, current environment and future expectations to help businesses manage disruptions (like weather), reduce downtime, and effectively plan and budget their logistics spend and operations.

Using multimodal shipping services and logistics solutions, like combining intermodal with truckload and final-mile, helps mitigate capacity challenges and meet customer delivery expectations. Full-service 3PLs like Freight Italia have access to a broad range of carriers and transportation services that can be combined to create custom logistics solutions for your business.

Outsourcing your logistics to a 3PL expands the expertise of your team. 3PLs bring logistics operational best practices and work alongside your team to help them develop new skill sets and process efficiencies. When your employees are well-trained and develop new skills, they add more value to your organization.

Consumers and business buyers’ delivery expectations are rapidly increasing. 2-day and next day delivery are now the status-quo. To manage these delivery demands, 3PLs like Freight Italia are tapping their networks and resources to provide just-in-time logistics solutions designed to meet expanded buyers’ needs. Automated warehouses, final-mile, multimodal, and multi-vendor are just a few of the logistics services a 3PL can provide to meet your customers’ unique delivery requirements.

Helping You Grow Your Business

Overall, the success of outsourcing your logistics is dependent on choosing the right 3PL provider. Outsourcing logistics management drives operational efficiency and cost savings while providing technology, knowledge, and expertise to help you grow and transform your business.

Call 516 986-5902 or connect with an expert to see how Freight Italia can help you outsource logistics operations so you can focus on growing your business. 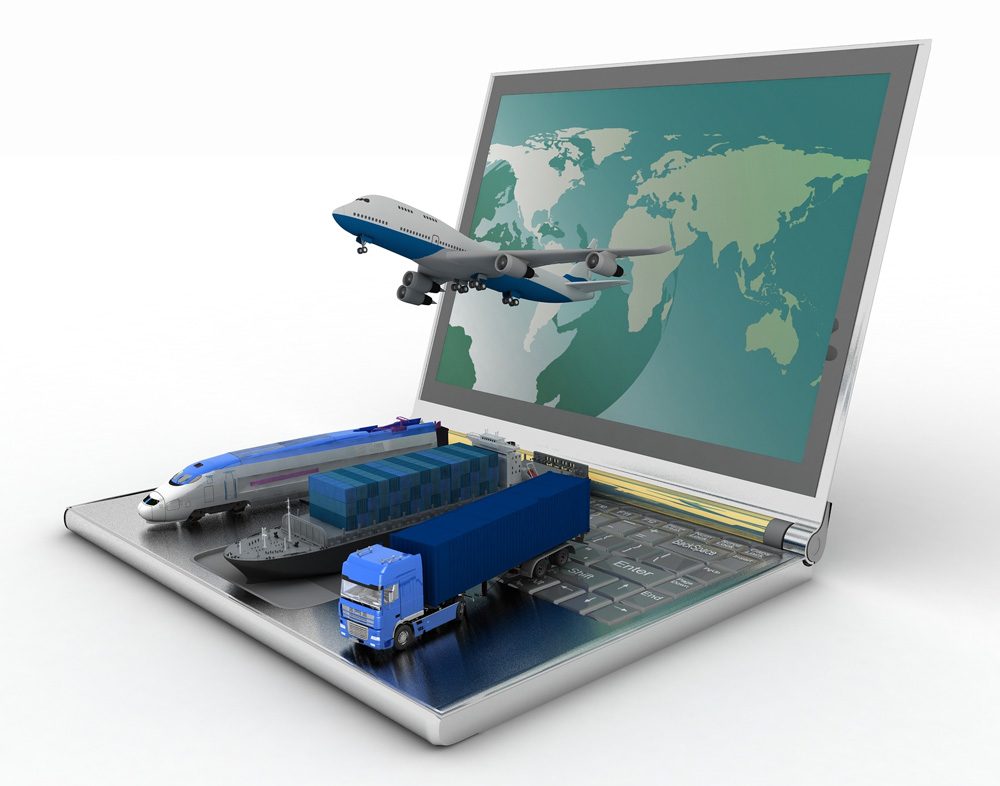 How outsourcing your logistic needs to us can prove to be cost-effective for you?

It is a known fact that having an in-house logistic department can enhance a company’s overall operational cost by a great margin, and this also affects the net profit and the benefits that the company wants to pass on to their clients. A smooth logistic operation is essential to the success of the company and the customer satisfaction it provides to its customers.