XPO ends bid to break up the company – FreightWaves 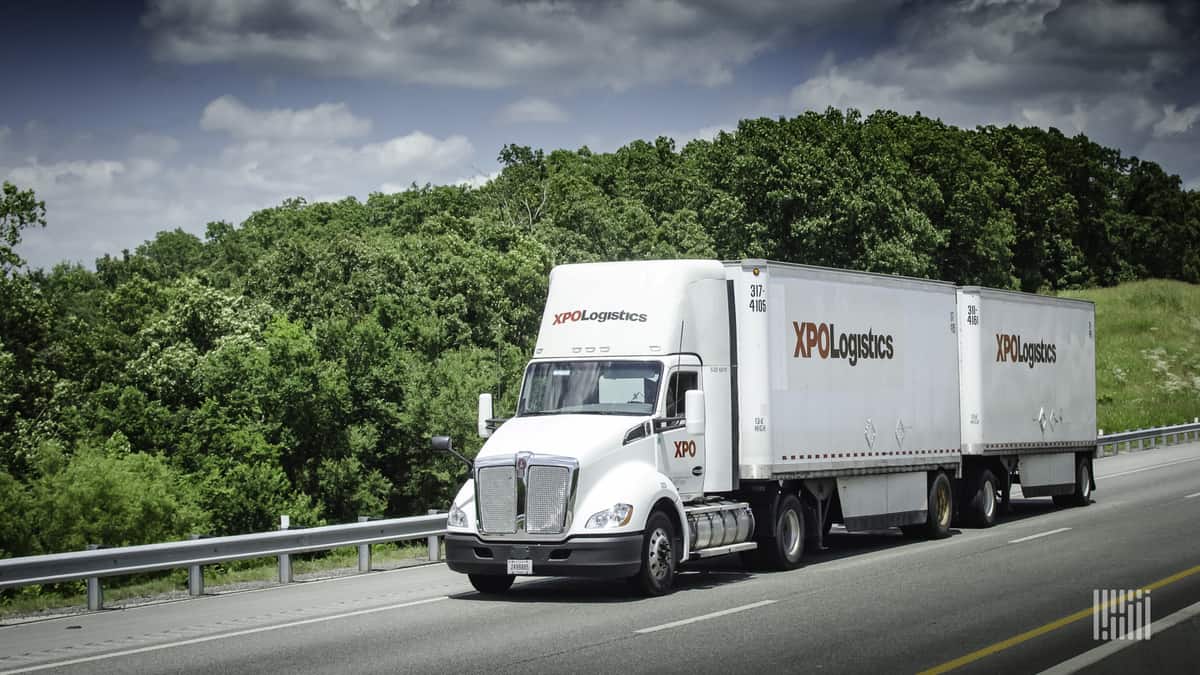 XPO ends bid to break up the company – FreightWaves

After two months of shopping potentially all of its operating units excluding the less-than-truckload (LTL) division, XPO Logistics, Inc. (NYSE: XPO) said that it was no longer looking to sell.

In a brief 8-k filing with the U.S. Securities and Exchange Commission, the top-10 global logistics provider said, “in light of current market conditions, XPO has terminated the strategic review process.”

The news comes as little surprise given the valuation collapse in the equity markets. The market selloff began when concerns over the coronavirus intensified during the last week of February as the disease spread in northern Italy, prompting officials to lockdown several towns in the region.

Since, the S&P 500 has declined 28% and the Dow Jones Transportation Average, which includes the hard-hit commercial airlines, is off 36%. Dow Transport components American Airlines Group, Inc. (NASDAQ: AAL), Delta Air Lines, Inc. (NYSE: DAL) and United Airlines Holdings, Inc. (NASDAQ: UAL) have all lost close to two-thirds of their value in that stretch.

On January 15, XPO announced that it would entertain offers for four of its business units, retaining the advisory services of Goldman Sachs & Co. LLC (NYSE: GS) and J.P. Morgan Securities LLC (NYSE: JPM) to help them with the process. Taking only the North American LTL division off the table, the plan looked to unload two North American and two European transport and logistics businesses.

XPO’s founder, chairman and CEO Brad Jacobs said that the spinoff of the units would free up capital, eliminate debt and raise the company’s valuation as a pure-play LTL operator. At the time, Jacobs said that XPO’s stock valuation based on a multiple of earnings before interest, taxes, depreciation and amortization (EBITDA) was being weighed down, trading as a conglomerate and at a discount to other LTL carriers.

Many industry analysts were caught off guard when XPO announced last week that it was acquiring the U.K. division of Kuehne + Nagel International AG’s (OTC US: KHNGY) contract logistics segment.

Equity research analyst Amit Mehrotra with Deutsche Bank said that the deal was “a bit of a head-scratcher optically” when it was announced on March 9. A week later, Morgan Stanley analyst Ravi Shanker questioned whether the company would continue to pursue the break up strategy.

In a note to clients Shanker wrote, “With asset valuations potentially lower given the broader market correction, and with the deal not expected to close before 2H20 per management, we would not be surprised if XPO sees a longer break up process than initially anticipated.

XPO was built through a series of acquisitions and roll-ups since Jacobs’ $150 million investment in Express-1 Expedited Solutions in 2011. The goal from day one was to take the third-party logistics provider to a transportation and logistics giant. In the brief period that followed, the company made 17 acquisitions under the new XPO banner, reaching a market cap of more than $14 billion during the 2018 peak.

Shares of XPO are off 54% in the last month.