With driverless trucks, trucking would not be the same – FreightWaves

Freight ItaliaAir CargoWith driverless trucks, trucking would not be the same – FreightWaves 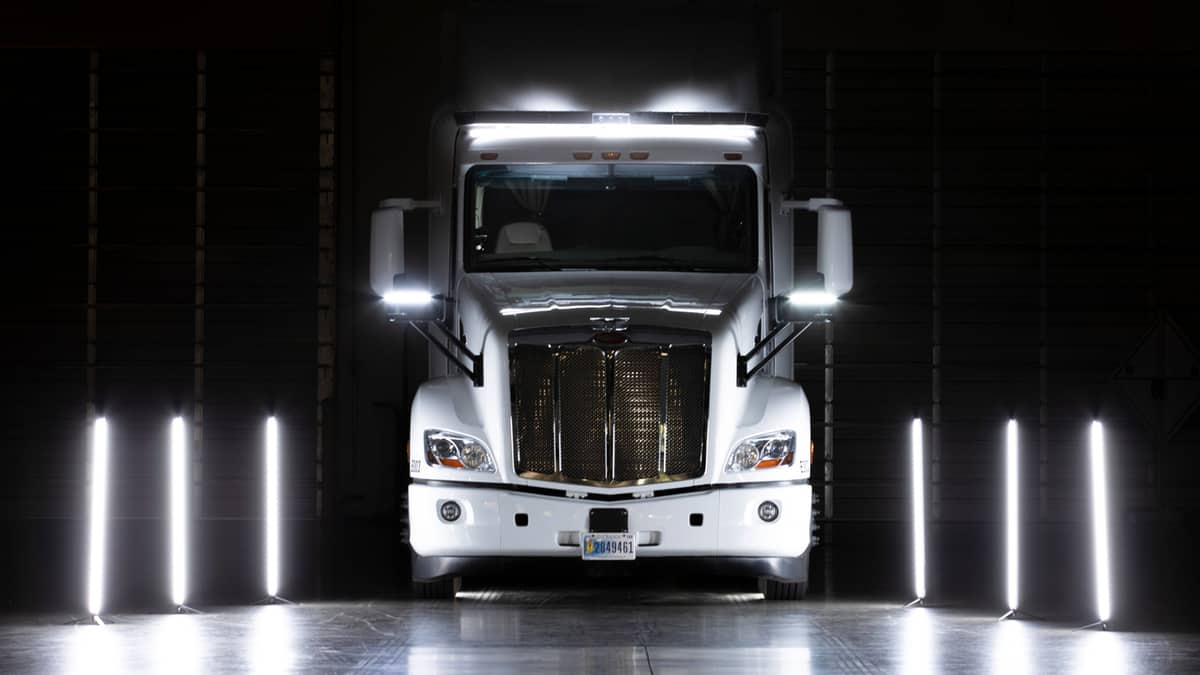 With driverless trucks, trucking would not be the same – FreightWaves

The autonomous vehicle (AV) niche is gaining momentum, with incumbent automakers and high-profile startups pushing pilot vehicles on public roads and testing their technology to improve self-driving capabilities. In the commercial context, the trucking mid-mile segment might become one of the early adopters of this technology as trucks can encounter less traffic when hauling freight across interstates and highways.

While this would mean that fleets in the mid-mile segment could considerably reduce their operational costs, it also could lead to the exodus of truck drivers.

“Though the technology will have to be perfected, if a truck can run without a human operator, then it theoretically could operate 24 hours a day, with the only downtime being for fuel. There would be no hours-of-service requirements and it’s also a lot safer,” said Justin King, senior vice president of product and innovation of North America trucking for Comdata. “There would be tremendous cost savings potentially, making this technology huge for the trucking industry.”

When autonomous technology becomes commercially viable, it would also impact fleet insurance rates as driverless vehicles are expected to be a lot safer on the road than human-driven vehicles. An Accenture report states that auto insurance premiums could fall by nearly $25 billion by 2035 — equivalent to 12.5% of the total market.

Though AVs will spin off a dedicated insurance segment, estimates show that the annual insurance revenue loss due to AVs will exceed the new segment’s gain.

While discussing the impact of self-driving vehicles, it is also crucial to look at the negation of the human element of trucking and the economic and regulatory challenges that can build up against such technology. For governments, regulating autonomous driving technology is tricky. While it promises safer roads and a drastic reduction in logistics costs, it could displace millions of truck drivers, a conundrum with which authorities struggle.

“Though there would be regulatory headwinds to AVs, I think this would go down in phases. Right now we’re in the testing phase, where there are clearly several models of autonomous trucks made by several companies that are being test-driven on roads. But they come with operators who are in the cab to take over when the vehicle does not do something right or is stuck in a situation,” said King.

Still, an AV learns in every mile it courses through — be it real life or simulation. King believes AVs will be able to drive on their own without intervention by the next decade.

For Comdata, the disruption caused by AVs from a fueling perspective is of interest. “The question is how do we enable the fuel transaction when the vehicle is driverless? Today, trucks pull up at the gas station and get fueled by someone, and there also is a physical plastic card swipe. But with AVs, we need to think about contactless and location-based payment,” said King.

Technology around contactless payment has been flourishing as well. Last year, German banking major Commerzbank announced a collaborative effort with Daimler Trucks on developing a blockchain-based payment solution that automates machine-to-machine (M2M) transactions. If proven successful, this technology can bridge the gap of manual fueling and fuel cards, allowing machines to interact seamlessly without hassle.

“We think the future is disruptive to what we see in the industry today. It’s not just the carriers and fuel card companies that are facing change. For instance, how are the truck stops going to adapt to AVs? We would not need as many truck stops in an autonomous driving world, which can completely change amenities and service models,” said King.

As technology disrupts practices, the industry must follow its cue and adapt to change. King contended that the industry stakeholders are brushing off the inevitable, not looking to change processes until disruption is upon them.

“Everything is happening so fast, and the future is going to be electric and autonomous. It is time the industry thinks of its future a lot more aggressively than it is at the moment,” he said.