Why is Europe so absurdly backward compared to the U.S. in rail freight transport – FreightWaves 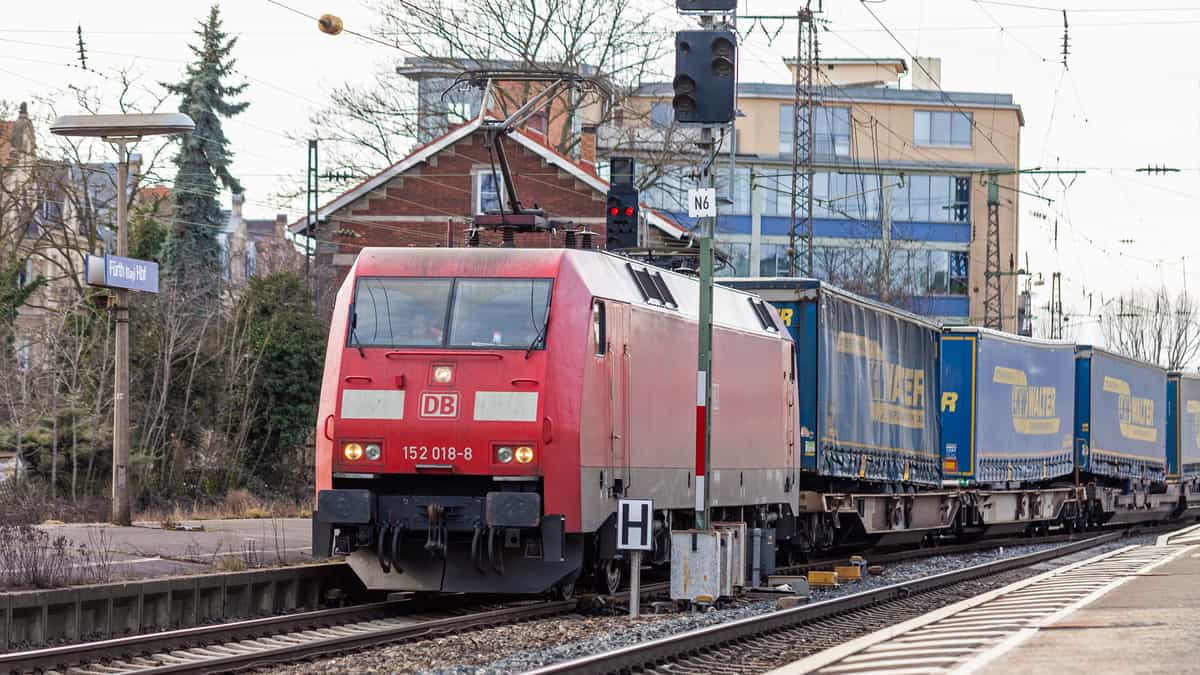 Why is Europe so absurdly backward compared to the U.S. in rail freight transport – FreightWaves

Over the last couple of months, major container lines and alliance carriers have been blanking several of their headhauls from Asia to Europe, citing weak peak season demand. Since July 2019, seasonal rates have been consistently lower year-on-year with container prices in China to North Europe lanes moving lower; there was a 21% decline this month compared to October 2018.

Container lines blank their headhauls because it helps them marginally stabilize the declining container spot rates. However, this would come at the expense of North America, as every vessel withdrawn from the European market will mean a lost backhaul voyage from North America.

To a neutral observer, the shrinking of maritime capacity between Asia and Europe could be a marketing opportunity for the trans-European railway intermodal system that now boasts a connection to the industrious Chinese East Coast, made possible through Beijing’s One Belt One Road initiative. But unlike the way the U.S. leverages its extensive railroad network to move freight, Europe does no such thing, with its freight rail system lagging behind the U.S. by several decades.

The reason for this chasm in rail freight growth is because of a fundamental difference in perspective. Europe never measured the effectiveness of its well-engineered railway system by the volume of freight it hauled, but by the number of passengers it could move.

“As railroads are privatized in the U.S., we have constantly moved towards heavier axle loads over the last four decades. Our standard railroad cars can take 286,000 pounds. Every car has four axles, and thus every axle can roughly handle 71,500 pounds, which is equivalent to 32.5 metric tonnes. But in Europe, a typical axle load is only about 20-23 metric tonnes,” said Jim Blaze, a retired U.S. railroad veteran.

This is diminutive compared to the U.S. freight trains that average around 2,000 meters (6,600 feet). Freight train lengths exceeding 6,000 meters (~19,700 feet) can also be frequently sighted in the U.S., which are made possible by adding a few more locomotive units to the cars, either at the end or in between for additional power.

“The 750-meter maximum train length in Europe is necessary for a system that depends on passenger transport rather than freight. Trains need the ability to brake rapidly when they are moving passengers, and it becomes difficult as the trains lengthen,” said Blaze.

“At 15 to 16 feet, European railroads cannot handle double stacks. If you go to a double stack-engineered freight car platform, you get an immediate 35-45% per container mile drop in your shipping costs on the railroad,” said Blaze. “Europe has been stuck with the same freight train size as they had after World War II. Meanwhile, maritime competitors have grown by orders of magnitude over the years.”

European railways had no incentive to take risks to re-engineer and spend billions of euros to increase clearances and rework tunnel heights for double-stacked railcars, because the European railway business model was about moving passengers and not freight – the opposite of how North America dealt with its railroad system.

That said, Blaze pointed out to how commercial necessity has helped transform a Scandinavian railway line running within Norwegian and Swedish borders to carry around 30 metric tonnes on each axle load, unlike the regular 20 to 23 metric tonnes that is carried in the other parts of Europe.

“This line runs from the port of Narvik, a Norwegian town north of the Arctic Circle, to the Swedish town of Kiruna, where iron ore is mined. It so happened that in 1998, the Swedish mine owner announced that it was very expensive to move its iron ore from Kiruna to Narvik and that it would be forced to shut down the mine if the cost per tonne mile was not brought down,” said Blaze.

This set off massive renovations to the railway line, with Sweden strengthening the rail, fortifying the anchors that hold the track down, increasing rail lengths on curves and at crossovers. These improvements helped to make sure the rail cars could carry heavier loads.

“Increasing the axle loads meant an increase of loads per car by 20%. Though it had to increase the track maintenance budget by roughly 20%, the railway had lower crew costs, lower engine costs and lower equipment costs because it was getting much better utilization of the equipment. This led to a 28-30% net increase in savings for the movement of the iron ore,” said Blaze.

Going by this instance, it can be gathered that what was done in Scandinavia can be replicated by the German Deutsche Bahn or Swiss Rail. Europe failing to take an interest in bolstering its freight railway system eventually boils down to the lack of incentive. Respective countries run their share of Europe’s railway network and have not allowed the rail sector to be privatized like in North America.

In essence, it is about time Europe addresses the elephant in the room. For the EU, the equation is simple – increase capital expenditures on its aging railway system and look to take  volume from a maritime market that looks particularly vulnerable today.