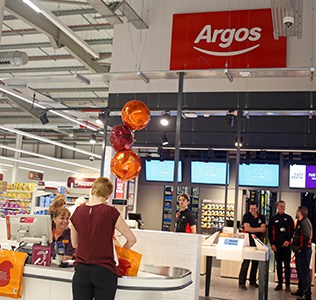 Customers of retailer Argos, which operates in the U.K. and Ireland, could face disappointment during the Christmas season after staff at one of the retailer’s distribution centers voted to strike in a long-running row over pay.

Yard and highway drivers employed by UPS at Argos’ flagship distribution center at Barton in Staffordshire, England, have scheduled a 15-day strike following a 10-month wage dispute, according to a Dec. 3 announcement from trade union Unite.

Unite said that 90% of union members at the site voted in favor of the strike action, which will start late on Dec. 17 and continue through the end of the year.

The union warned that without the on-site and over-the-road drivers to maneuver loads on and off the distribution center, work will effectively grind to a halt, causing severe disruption to Argos at its busiest time of the year.

UPS has pledged to put contingency plans in place to minimize disruption, but is hopeful the job action can be averted.

The Barton site is a critical hub in Argos’ national network and the location from which all high-end electrical items, including smartphones, laptops and televisions, are shipped to regional Argos distribution centers for delivery to stores.

“Unite has been waiting for an offer in response to our members’ pay claim since March. Drivers and shunters have been treated with contempt and have had enough,” Rick Coyle, the union’s regional officer, said in a statement.

“Our members only received an offer of a voucher scheme that was so devoid of details that it could not be put to a ballot. Our members do not want to cause disruption for Argos’ customers over the Christmas period, but they have been left with no choice but to strike.

“It is now up to UPS to ensure this dispute does not extend right across the busiest time of the year for Argos by tabling a sensible offer that our members can actually vote on,” Coyle said.

The drivers, who are employed nationwide by Unipart and drive HGV and 7.5-ton vehicles, deliver general equipment and supplies to NHS, which is wholly owned by the U.K. secretary of state for health and social care.

SCCL has been mandated to save the NHS £2.4 billion by 2022-23 by unifying health service procurement. Unite has warned, however, that this “must not result in a race to the bottom for drivers’ pay and conditions.” Drivers are seeking a pay increase in line with inflation as well as full sick pay benefits.

Talks between Unite, Unipart and SCCL broke down in late November, despite a deal close to being reached. Unite urged Unipart and SCCL to commit to negotiations mediated by Acas, stressing that it would far rather resolve the dispute than ballot members for industrial action.