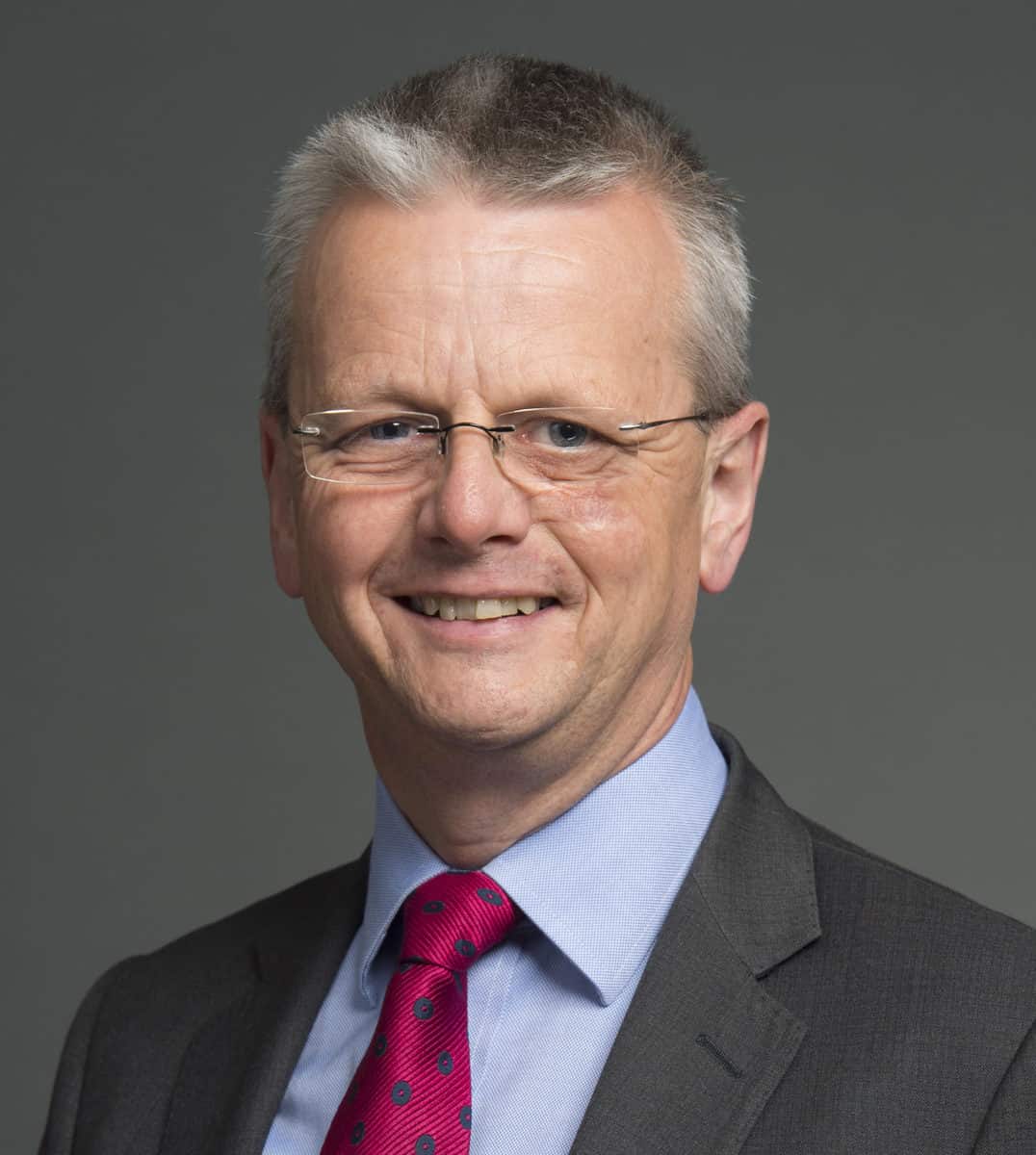 The TT Club estimates that the international maritime industry incurs losses of about $6 billion each year because of incorrectly packed or documented cargo.

“That includes damage to the cargo and delays, environmental cleanup, injuries and ship damage. The point is that $6 billion is totally unnecessary. If people followed things correctly, then that $6 billion would be saved to the entire industry,” said Peregrine Storrs-Fox, the TT Club’s risk management director.

The TT Club, with a global network that includes offices in London, Hong Kong, Sydney and New Jersey, provides insurance and related risk-management services to the international transportation and logistics industry. It has been working with the Global Shippers Forum, International Cargo Handling Coordination Association (ICHCA), World Shipping Council and Container Owners Association to push for thorough adoption of the Code of Practice for Packing of Cargo Transport Units (CTU Code), issued in 2014.

“From the TT Club’s perspective, one of the frustrations despite putting out advice around lots of different cargo issues over decades now, we still find that somewhere around two-thirds of cargo damage-related claims are coming because of some sort of poor practice in terms of packing — load distribution or securing of the cargo — but also documentary things around classification, declaration of cargo, how that’s documented, how the information is passed correctly through the system between different stakeholders by way of data transfer,” Storrs-Fox said.

In the five-plus years since the CTU Code was adopted, “we haven’t actually seen a significant improvement in the incident statistics. Certainly wherever we go, we see that a lot of people are not aware of the CTU Code at all,” said London-based Storrs-Fox.

Storrs-Fox said the TT Club, with the Global Shippers Forum, ICHCA, World Shipping Council and Container Owners Association, have built a cargo integrity campaign that begins with promoting awareness of the CTU Code itself.

The TT Club defines cargo integrity as the “adoption of best practices in all aspects of cargo care through the entire intermodal supply chain.”

On its website, the TT Club said cargo integrity includes:

Selection of a suitable unit for the intended commodity and journey.

The TT Club said while the CTU Code provides “the framework for achieving cargo integrity,” further guidance is needed.

“TT Club statistics indicate that as much as 66% of incidents related to cargo damage in the intermodal supply chain can be attributed in part to poor practice in the overall packing process, including not just load distribution and cargo securing but also the workflow from classification and documentation through to declaration and effective data transfer,” it said on its website.

Germany’s Federal Bureau of Maritime Casualty Investigation (BSU) said in February that misdeclared coconut charcoal was the most likely source of the blaze on the Yantian Express, which caught fire in the Atlantic Ocean on Jan. 3, 2019.

International Union of Marine Insurance (IUMI) Secretary-General Lars Lange told American Shipper last month that vessel fire safety “needs regulation and it needs a level playing field. Safety shouldn’t be left to individual business entities. Safety should be dealt with at a regulatory level, and that would mean in this case the IMO.”

The IUMI issued a report in October titled “Containership fires: It is time to take action.” It said that 2019 had an alarming number of container ship fires, including the Yantian Express and APL Vancouver, which suffered from a fire while en route from Shekou, China, to Singapore.

The IMO’s Maritime Safety Committee was to meet in London May 13-22. That meeting has been postponed because of the coronavirus. Storrs-Fox hopes the Subcommittee on Carriage of Cargoes and Containers (CCC) will still meet Sept. 14-18 and take up issues relating to the CTU Code.

The TT Club also wants to bring attention to cargo inspection efforts and has partnered in initiating work to update the IMO’s Circular 1442, with ultimate aims including “to bring in standardization so there can be consistency of inspections and valid sampling globally.”

Circular 1442 currently infers a bias toward declared shipments subject to the International Maritime Dangerous Goods Code (IMDG), and the proposals to the CCC subcommittee sought to ensure broader application as well as references to the CTU Code that had been approved subsequently, according to Storrs-Fox.

Storrs-Fox noted that “a number of shipping lines have cargo screening activities looking for non- or misdeclared cargo. Again, that’s an area that this group is monitoring and seeing how we can support those initiatives.”

Intentional misdeclaration of cargo can be difficult to prove, he said. “Evidentially it’s not always easy to pinpoint who is responsible, and even if you can identify the culpable party, they aren’t necessarily going to be in a jurisdiction where you can take enforcement.”

Storrs-Fox referred to a civil case following a 2012 explosion and fire aboard the MSC Flaminia that killed three crew members and destroyed thousands of containers.

“Six years later the culpable parties were legally identified and they happened to be, in accordance with that judgment, U.S. domiciled or partially domiciled in the U.S., which eases enforcement,” he said.

A U.S. federal judge in September 2018 found the manufacturer of a chemical being transported aboard the Flaminia as well as the non-vessel owning common carrier liable for the explosion and fire.

Prosecutory action varies from country to country, Storrs-Fox said. “Trying to get standardized regulatory enforcement is not very easy.”

Storrs-Fox said it is “obviously very difficult” to determine whether cargo is intentionally misdeclared, and referred to statistics Hapag-Lloyd put out about five years ago related to its cargo patrol activities.

“It would appear that somewhere around 4% of the cargo flagged as problematic was more likely than not to have been deliberately misdeclared. It’s difficult to extrapolate quite how many that means in overall terms. I did a back-of-the-packet calculation a couple of years ago. That might equate to something around 150,000 containers per year being more likely than not misdeclared and particularly dangerous. That’s out of about 180 million laden containers moved per year,” he said.

Storrs-Fox said he has heard “anecdotal stories of plenty of instances where shippers provided false documentation, false images, those sorts of things. It’s definitely out there, it’s definitely happening, although it isn’t always going to be deliberate. There will be some who fail to declare accurately out of ignorance as well.”

Shipping lines have taken educational steps. The CINS Organization made up of 16 operators, for example, issued safety considerations for dangerous goods stowage in September 2018. That guidance came in the wake of a March 2018 fire aboard the Maersk Honam that killed five crew members.

The State of Maritime Safety 2020, published last week by Safety at Sea magazine, said data shows “a small but steady decline in ship incidents between 2015-2019 for casualties and total losses, while the world fleet continues to grow. The vessel numbers of the world fleet grew by 8.5% between 2015 and 2019, but casualty figures remained largely constant, with the number of vessels that were involved in casualties vacillating between 1.19-1.41% of the world fleet.”

Storrs-Fox said it’s difficult to determine if the number of cargo-related ship fire incidents is decreasing.

“It would seem 2019 perhaps was a particularly poor experience and 2020 may be a better experience. I’m always wary of this because it depends on what becomes publicly known. Obviously when you’ve got a Yantian Express or something like that, you’ve got a major incident that everyone gets to know about,” he said.

“Another incident in August 2019, involving the APL Le Havre, was actually relatively minor. Reportedly it involved charcoal on deck that went on fire. The crew was able to respond and put the fire out. It impacted half a dozen containers or something like that. To my mind, that is not a major incident, such as the Yantian Express. But it does show that there are a number of lesser incidents that are happening,” Storrs-Fox said.

“The frequency of these lesser ones I hear about, either through interactions with shipping lines or through other networks, is much more concerning,” he said. “It’s what might be called the near misses, the APL Le Havre-type incident where the crew is able to respond and resolve things successfully. I’m concerned much more about each of those because they have the capability of becoming another major incident.”

“Take charcoal, for example, which is regularly coming up as a problem cargo. Now charcoal is produced in some European countries — Germany or Spain or the U.K., for example. It’s produced in South Africa. It’s also produced in Indonesia, Vietnam and China. Most of the incidents we’ve seen have been much more of Asian origin than they have been of origin elsewhere. But it isn’t always easy to identify that successfully because of the way the trade actually works. There are times when goods are moved from one place to another place for reshipment so that they can be bagged as being produced in that intermediate place, so the whole trade is complex,” he said.

“There is a perception that China is the origin of a lot of problems and I think we need to put that in context. China is or has been a kind of production house for the world. They produce an awful lot. Therefore the fact that lots of shipments seem to be more involved in shipments that cause problems may actually statistically not be the issue. China may even be better than some of the other countries,” Storrs-Fox said.

He pointed to a survey last year of 500 containers by the National Cargo Bureau. “There were actually quite a lot of problems from non-Chinese-initiated shipments.”

If stay-at-home restrictions ease with the passing of the coronavirus pandemic and the CCC and IMO Maritime Safety Committee are able to meet this year, changes to Circular 1442 could be approved by the end of 2020.

“Ordinarily it would be concluded in September and signed off in December this year. You’re talking within 18 months having a substantial change,” Storrs-Fox said. “The pace of change through the global industry and international regulatory environment can be frustrating. For example, IMO, as a UN agency, has 160-odd countries and 40-odd NGOs meeting and proposing and discussing. To gain consensus and acceptance and then adoption is always going to be something quite tricky.”