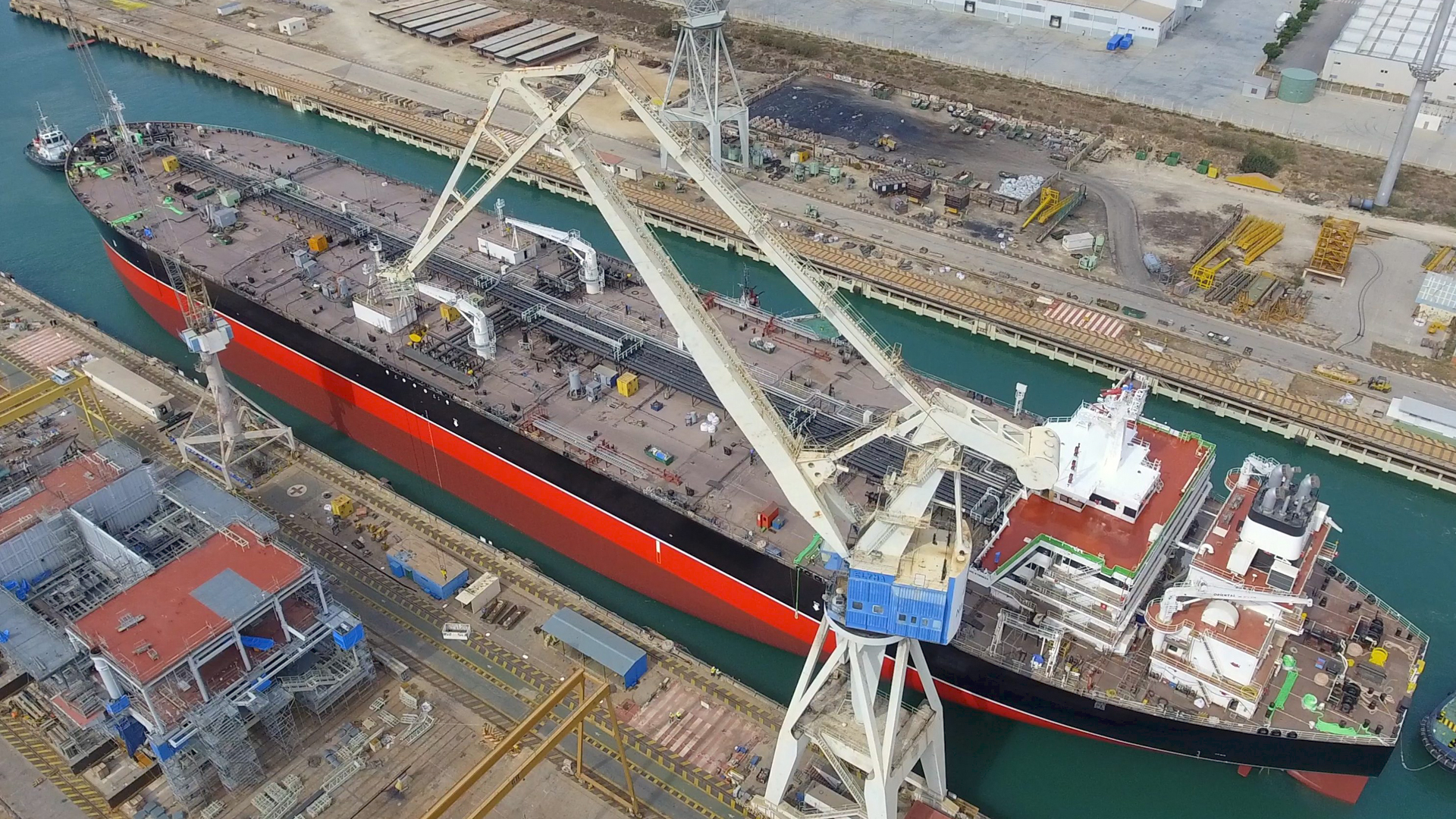 Software technology company SAP Ariba has helped modernize the supply chain of Spanish shipbuilding company Navantia by digitalizing the purchasing and procurement sections of its logistics. In its statement, SAP Ariba claimed that technological intervention had led Navantia to increase the efficiency of its purchasing processes by 52% while reducing its supply cycle time by 25%.

FreightWaves spoke with Pat McCarthy, senior vice president and general manager of SAP Ariba, to discuss the impact his company has had on improving Navantia’s operations.

McCarthy initiated the discussion by explaining that the fundamental problem traditional companies struggled with was the absence of digitalization, forcing them to work with paper documents and occasional email reports, making them hugely inefficient in the process.

“There is no efficiency or effectiveness at scale as information is constantly learned or relearned due to communication channels being incredibly fragmented,” said McCarthy. “All of those communications within Navantia were one-to-one, which made them look at how they can collaborate more effectively with their suppliers and stay competitive in the market.”

SAP Ariba set about digitalizing Navantia’s supplier interactions and its internal infrastructure, which helped settle business processes at the point where they started. McCarthy explained that pushing forward the idea that everything that is done within the company will be reportable and accountable to the public was equally critical to the digitalization process, as Navantia is owned and run by the Spanish government.

This helps with the brand image of Navantia, as the company maintains critical international business relations with countries like the U.S., India, Norway, Turkey, Brazil, Australia and Saudi Arabia. Digitalization bridged the gap Navantia had with transparency and traceability in its procurement processes, helping the company to march toward its transformative solution named Shipyard 4.0.

By automating communications with suppliers, Navantia can now confirm orders online, increase transparency in the bidding process and trace the volume of tenders and the number of suppliers involved in the process. The company also can continuously monitor its weekly progress, which can shed light on the areas of improvement and help increase efficiency.

Still, the path to digitalization was not without its share of complexities. “I think change is hard. When you introduce technology, it has to be consumable by the persona. So if that’s someone in sourcing, the technology has to be built and applicable to a sourcing professional,” said McCarthy. “That was our goal with Navantia, to see if we were really addressing the persona — be it the sourcing professional, procurement professional or the supplier.”

The partnership with SAP Ariba has yielded great results for Navantia, with the shipbuilder planning to continue its association to gain ground in innovation across its supply chain. McCarthy maintained that the relationship SAP Ariba has forged with Navantia will keep appreciating over time and that there was “no end in sight.”

Navantia understands that the future of its supply chain lies in sustainable procurement as it continues to focus on accounting for every dollar it spends. “Sustainable procurement is a huge topic for companies around the globe, particularly where public money is being spent,” said McCarthy. “Companies have always wanted to do good by procuring sustainably. But it is only now that the math, logic and financials have added up to make sure doing good is also good business.”