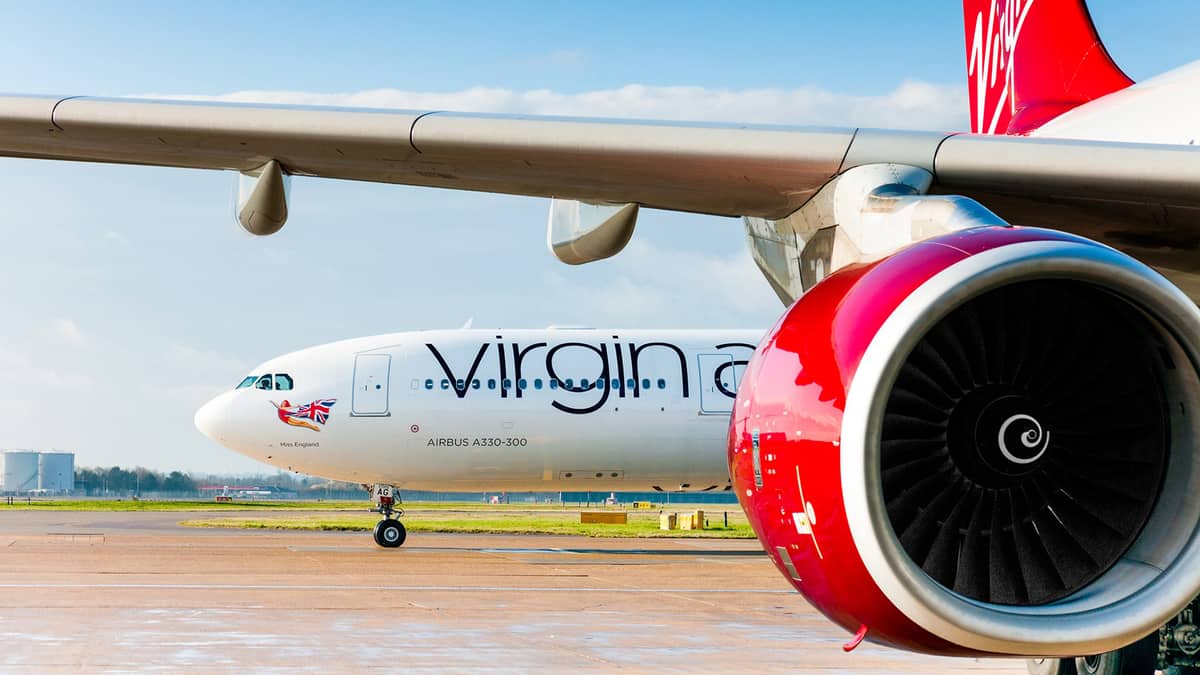 The airlines claimed the decision not to proceed was mutual, but Virgin majority owner Richard Branson said he didn’t want to dilute his investment after meeting some competitive goals through the recent deal for Flybe. The European Commission (EC) green-lighted the transaction in February.

Being left at the altar is not the worst outcome for the Franco-Dutch carrier, which recently announced a wide-ranging and expensive five-year plan. That plan calls for increasing profit margins to 7-8% in the medium term, restoring dividends and conducting a major fleet overhaul.

While Virgin’s joint venture with Delta helped the carrier compete with the British Airways-American Airlines alliance in recent years, network and flight connections have remained limited, precipitating the move to take on another partner.

To counter British Airways’ clout in Europe, establish a strong trans-Atlantic alliance and compete against low-cost carriers in that market, Virgin agreed in principle on the joint venture with Air France-KLM in May 2017. The deal called for Branson to reduce his stake in the carrier by selling a 31% interest to Air France-KLM for £220 million ($290 million), leaving him with a 20% holding in the carrier that he founded in 1984.

In a Dec. 2 letter to employees, Branson said, “Back in 2008, when British Airways tried effectively to merge with American Airlines, we fought the merger on behalf of our airline and our customers’ interests, with the ‘No Way BA/AA’ campaign on the side of our planes. Surviving against British Airways on its own was a struggle. But against the combined might of BA/AA, it would have been an impossibility. When competition authorities did somehow wave through the BA/AA partnership, we looked for a strong alliance of our own.

“To get the deal done, we initially thought our family would need to reduce its shareholding in Virgin Atlantic. I was willing to do so, reluctantly, to guarantee the long-term success of Virgin Atlantic,” he added.

Branson’s decision to walk away from the Air France-KLM deal follows the purchase of U.K.-based regional airline Flybe for the fire-sale price of £2.2 million by a Virgin Atlantic-led consortium earlier this year. Flybe will feed the long-haul networks of Virgin and joint venture partner Delta at Heathrow and Manchester airports. Virgin has been struggling to feed long-haul flights from U.K. cities other than London.The carrier is being rebranded as Virgin Connect. Virgin previously attempted to crack the U.K. domestic market with a carrier branded as Little Red but closed the operation in 2015.

Delta holds a 49% stake in Virgin, having agreed to acquire it in December 2012 from Singapore Airlines (SIA) for $360 million.

Branson used the letter to employees to take another shot at U.K. regulators, urging ministers to “shake up the status quo at Heathrow.” He has repeatedly taken aim at the domination of takeoff and landing slots at the European hub by International Consolidated Airlines Group (IAG), parent of British Airways. IAG holds over 55% of all Heathrow’s slots, with no other airline holding more than 5% of the remaining slots. Rules governing the allocation of new slots are being reviewed by the government. Virgin warns slots should be allocated in a way that enables development of a second flag carrier with the necessary scale to compete effectively with IAG.

Virgin has been active in entering joint ventures with other carriers. In October, China Eastern announced its intention to enter into a joint venture with Virgin, Air France and KLM, providing more options between Europe and China. The carriers in the joint venture stand to profit from trade with China as the world’s second-largest market for pharmaceuticals and the fastest-emerging market for the sector. And China has ambitions to become a powerhouse in exporting generic medication.