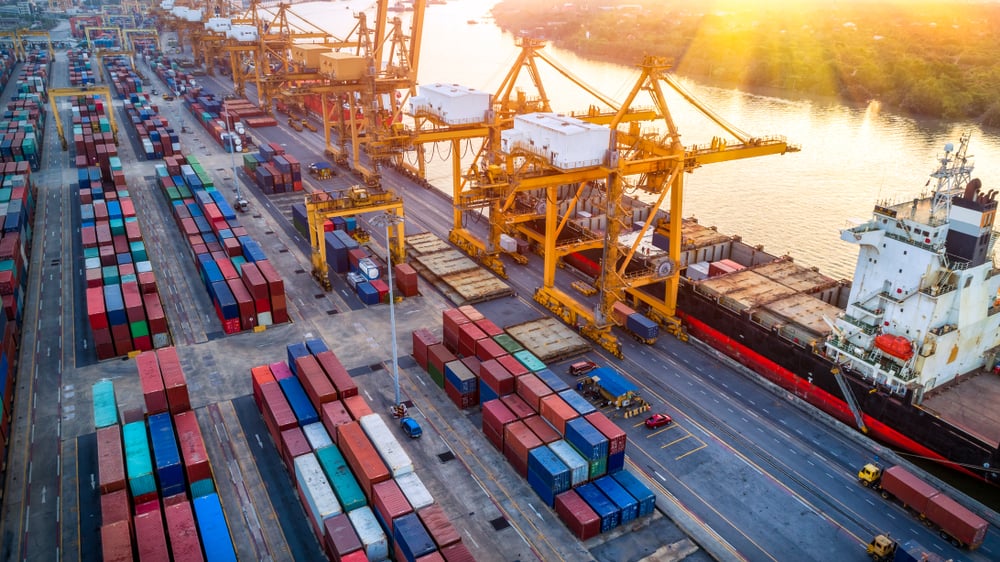 In a call this week, executives of freight forwarding giant DHL spoke on its observations of globalization based on DHL’s Global Connectedness Index (GCI) that monitors the flows of trade, capital, information and people across the world. John Pearson, the CEO of DHL Express, initiated the discussion by expressing globalization is “too big to fail” and that DHL’s primary motive was to connect people and improve lives through the expansion of trade that transcends borders.

Though globalization has taken a battering over the last two years due to protectionist policies, trade wars, and fragmentation of trade along regional lines, Pearson was confident that a global recession was still out of sight. That said, forecasts have continued to downgrade trade growth over the last few weeks of 2019 and a better part of 2020.

“For every trade war that seems to exist, there’s still multilateral and bilateral trade agreements being written,” Pearson said. “In fact, some of the purchasing managers indexes (PMI) are starting to rebound a little bit in some cases, depending on which country and which region you look at the forecast. And so far the IMF is forecasting some rebound, moderate or otherwise, to be witnessed in 2020.”

Steven Altman, a senior research scholar at the NYU Stern School of Business and the lead author of the DHL GCI, spoke at length on the causes and impact of global connectedness that had visibly declined over the last year. He pointed out that though the index did fall, it only reversed part of the increase that had propelled its figures to a record high in 2017 – noting that the index was still close to its all-time high.

Export depth measures countries’ exports against domestic consumption and export breadth looks at the spread of countries’ exports to markets all around the world – if most of their exports go to just a few destinations or are spread out. Altman explained that this helps the DCI to account for internationalized activity and to track if they are truly global.

Based on year-long data captured by DHL, it was apparent that capital investment shrunk in 2018, while trade, information and people flows had intensified compared to the year before.

Cross-border trade as a proportion of the world’s economic output is below its pre-crisis peak. Though trade had seen a rising trend in 2017 and extended that run in 2018 even during the onset of the U.S.-China trade war, the trend has died down over 2019, witnessing shrinkage. “Trade volume is still expected to continue growing, but trade growth is not likely to keep up with the GDP growth over 2020,” said Altman. “Current forecasts imply a decline in the trade part of the index back to around its 2016 level by 2020.”

Capital flows – which have remained the most volatile part of GCI – are also below the pre-crisis peak. However, there are reasons to believe in capital flow recuperation. While both foreign direct investment and portfolio equity investment declined in 2018, data from the first half of 2019 suggests some stabilization, though a robust recovery is still out of reach.

“According to data from the UN, the assets, sales and employment of multinational firms all grew in 2018. And there was also substantial growth in new green-field foreign investment and cross-border mergers and acquisitions. So while our capital flow measures were down last year, we do not see compelling evidence of a real retreat from corporate globalization,” said Altman.

Information flows have seen a significant surge, which Altman explained to be the part of the index that has seen the most growth since its initiation in 2001. However, the rate of growth has been lower since 2015, registering 1% expansion annually, against 4% growth from 2001 to 2014.

People flow continued to see growth across major indexes like tourism, international education and migration, with outbound tourism from emerging economies being the strongest driver of expanding flows of people across national borders.

Altman also touched on the trade flow shift from a more global outlook to being constricted along regional lines, which could alter the balance from long haul to short haul trade. “Our conclusion was that we do not see robust evidence, at least not yet, of a shift from globalization to regionalization. If trade were becoming more regionalized, we would expect the average distance across which countries trade to become shorter,” he said.

However, metrics that measure this shift show surprisingly different perspectives. Altman pointed out that this shift from long haul to short haul trade has been stable since 2012. “While there are shifts underway in geopolitics, economics and technology that could bring about a fracturing along regional lines, our analysis indicates that this remains just a possibility, rather than a historical fact,” said Altman.