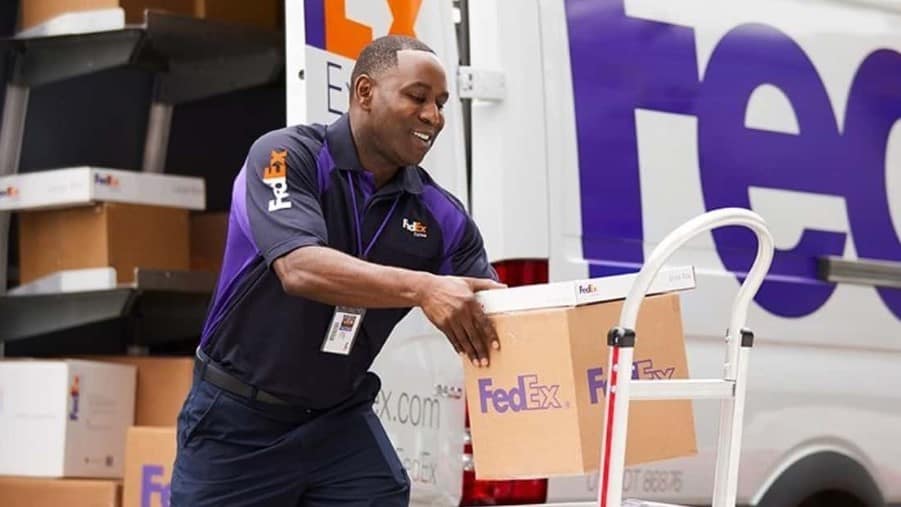 According to a report in German newspaper Handelsblatt Today, FedEx Corp. (NYSE: FDX) is pursuing an ownership stake in German parcel company Hermes.

The article identified the Memphis-based transportation and logistics giant as the likely suitor to partner with Hermes to expand the company’s parcel distribution service, but listed Amazon.com (NASDAQ: AMZN) and the logistics arm of Alibaba Group (NYSE: BABA) as interested parties.

Hermes competes in major European markets in Germany, France and the United Kingdom and presents a growth opportunity for FedEx to increase market share and gain scale in comparison to DHL’s (Deutsche Post CXE: DPW.D.IX) dominance in the region.

In its Wednesday financial report for the fiscal year ended Feb. 29, Hermes’ parent, Hamburg-based online retailer Otto Group, said it was planning to bring on a “strategic partner for European parcel deliveries” within the financial year. The company noted the parcel unit has been successful acquiring new corporate customers and experienced peak season-like parcel deliveries during April. Hermes reported adjusted external revenue growth of 10.9% for the recent fiscal year and management expects smaller but “still significant” external growth in the current fiscal year.

Hermes is investing “heavily” in logistics infrastructure by expanding its European network of parcel collection hubs in efforts to build out its international, cross-border parcel business. Further, the unit has e-mobility initiatives in place as it pursues zero-emission delivery throughout Germany by 2025. Hermes is on better operating footing given improved growth trends but still faces cost obstacles like wage increases for delivery agents, which they describe as being in “increasing shortage.”

FedEx finds itself in a transformation to improve sagging earnings and adapt to the ever-evolving supply chain, which favors online sales and e-commerce. Acquiring an interest in a European parcel carrier would advance the company’s e-commerce pursuits and provide it with another growth avenue.

The recent reshaping of FedEx has included further efforts to minimize its reliance on the U.S. Postal Service as a delivery option, seeking new partnerships with online retailers (firing Amazon as a customer) and the start of combining its long-siloed air and ground offerings.

In April, FedEx announced plans to further reduce expenses and preserve liquidity, which included a full drawdown of its $1.5 billion credit facility. The surge in online purchasing has created an unfavorable shift in mix to smaller residential shipments as larger B2B shipments have been negatively impacted by shutdown ordinances. The recent balance sheet and cost-cutting efforts are designed to help navigate COVID-19-related headwinds that have negatively impacted the company’s operations.

The deal may be a smoother path to profitability in the region as FedEx continues to incur significant expenses integrating and restructuring the 2016 acquisition of Netherlands-based TNT Express. Through its fiscal third quarter of 2020, FedEx reported $168 million in integration expenses related to the acquisition after recording $325 million in similar expenses during the 2019 fiscal year.

Otto Group’s management described negotiations to sell a portion of Hermes as at an “advanced stage.”