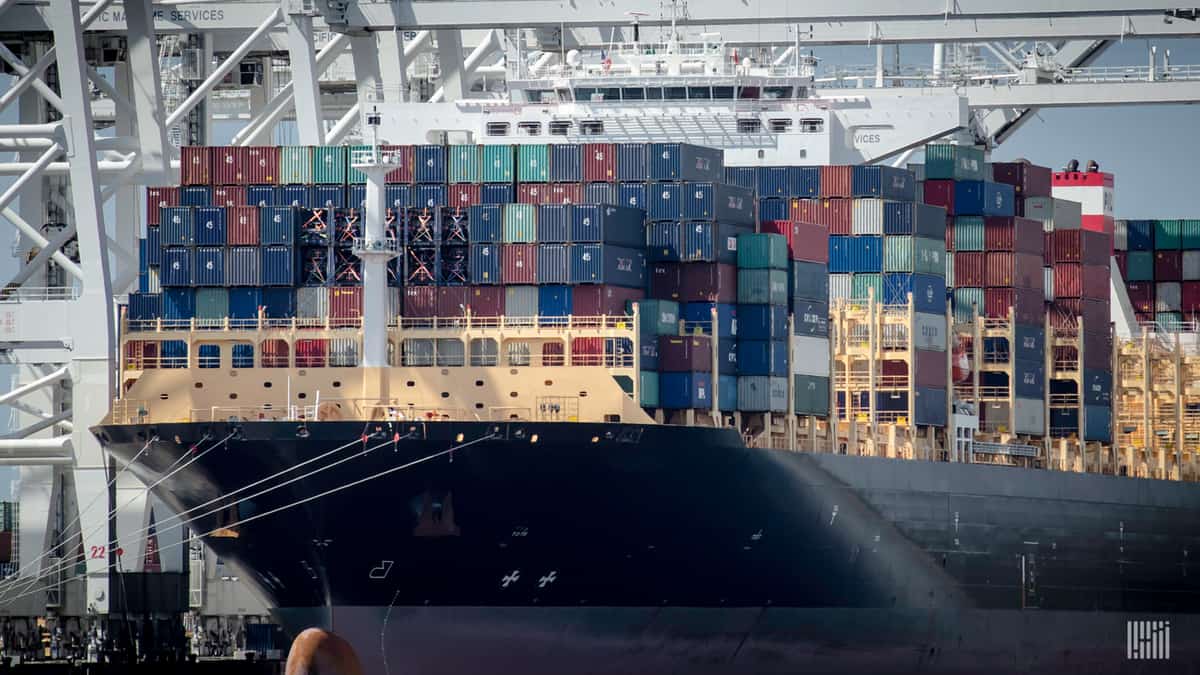 There is nothing quite like it in the world. The type of antitrust immunity granted to international containership lines is certainly not covered in business schools except in those savvy enough to offer courses in transportation operations and management. The European Commission (EC), through its Director General of Competition, proposed allowing consortia of containership lines to retain their exemption from European Union (EU) competition law. While this has been in place since 2009, the exemption was set to expire in April 2020. The proposal is for a four-year renewal. In this setting, containership lines may form consortia (i.e., strategic alliances or discussion agreements) without fear of running up against charges of antitrust activity leading to excessive market control.

The EC’s assessment of current market conditions led it to recommend a block exemption regulation (BER). The 2009 BER was granted just one year after the EU removed the BER on the more overt form of antitrust activity known as liner “conferences.” This form of joint rate-making (i.e., price-fixing) had been the norm since 1875 and was built into the culture of the industry.

A BER on the supply side of the ocean carrier market is not regarded well by most shippers on the demand side. The World Shipping Council (WSC), which represents the carrier side, is pleased with the EC’s judgement while other shipper councils representing consignors and consignees are not. In fact, the WSC’s 19 carrier membership represents about 90% of international carrier capacity. Other entities that deal with carriers may not be pleased either. These include freight forwarders, ports and terminal operators. At this stage of the debate, the demand side is simply hoping for some amendments to the BER since outright abolition is not the EC’s position. One suggestion from the European Shippers Council is to change the BER from a 30% threshold of trade lane activity to 25% in order to trigger an investigation by the EC into market dominance. Of course, the threshold had been reduced from 35% to 30% when the switch from conference to consortia BERs took place over 2008-2009.

Even the United States offers limited antitrust immunity to international containership lines by allowing discussion agreements among the carriers. These are filed with the Federal Maritime Commission (FMC). Business students might be surprised to hear that it is U.S. policy to grant such a degree of market protection to an industry that is mostly foreign-owned. Even as the industry moved away from U.S.-flagged vessels to flags of convenience (e.g., those granted by Liberia, Panama, etc.) the protection remained. Such is the prominence and necessity of international container shipping to the U.S. economy.

Yet in 2017 a meeting of the industry’s top CEOs in Sausalito, California was raided by antitrust officials wielding subpoenas for information. This nearly two-year investigation was ultimately closed by the U.S. Department of Justice (DOJ) in February 2019 with no charges filed. There was nothing clandestine about the meeting. It was one of the biannual meetings of the International Council of Containership Operators (affectionately known to some as the “Box Club”). Several of its CEOs are members of the WSC as well. U.S. antitrust officials do indeed sit in on these meetings to make sure that the discussions do not veer into overt price-fixing. The group can discuss pricing guidelines (i.e., methods) but not actual prices. These guidelines are also taken by the membership to be voluntary when they set their individual freight rates. Anything more than that would be akin to cartel-like behavior.

Nonetheless, the demand side of the market sometimes raises its suspicions. In other words, when do guidelines become price signals among the CEOs? It certainly is interesting that DOJ felt it necessary to open a formal investigation into an organization it immunized. It was likely in response to recent consolidations among the world’s largest container lines. Of course, the FMC approved all of these alliances in the first place and is aware of the inter-carrier discussion agreements. Thus, the regulators have quite the balancing act to perform.

This limited antitrust immunity was codified in the Ocean Shipping Reform Act of 1998 (OSRA), which prohibited carrier conferences along U.S. trade lanes. What did the carriers receive in return for this loss in market power? A lifting of the prohibition on negotiating confidential service contracts with preferred shippers. Naturally, big shippers like Walmart and Target were more than happy to leverage their ability to fill capacity on trans-Pacific routes from China as international supply chains went into high gear. The power of conferences was greatly diminished anyway due to this hybrid of carrier cooperation and competition.

The FMC is the regulatory interpreter of OSRA. It is also important to note that this limited protection applies only to foreign-flagged carriers. Jones Act carriers (i.e., those performing domestic transport) do not enjoy the protections codified in OSRA. In either case price-fixing is illegal and DOJ has successfully prosecuted cases involving international and domestic trade lanes.

A recent case involved Wallenius Wilhemsen Logistics (WWL), “K” Line Japan, NYK Japan and CSAV. Each paid fines in 2016 for price-fixing along trade lanes leading to the Port of Baltimore. In this case it involved roll-on, roll-off shipments of automobiles and trucks. WWL’s fine after pleading guilty was $98.9 million. A case in a Jones Act trade lane involved Horizon Lines, Sea Star Line and Crowley Maritime paying fines in 2012 related to price-fixing along the U.S.-Puerto Rico trade lane. Horizon Lines pled guilty and agreed to pay a $45 million fine (though it was reduced to $15 million). The complainants in this case were The Kellogg Company and Kraft Foods.

Both sides of the ocean carrier market have one thing in common – each wants certainty. Of course, each side differs on what ought to be certain. The carriers will claim that they are only discussing availability and sharing of capacity (i.e., operational issues). One can argue that this leads to efficiencies through cost control which can be passed along to the customers.

The demand side counters that covert price-fixing (rather than innocent sounding pricing guidelines) serves to keep freight rates higher and not lower. Also, as some claim, carrier operations can involve an alliance speaking as one group when negotiating contracts with tugboats, port operators, etc. A more mercantilist argument may also suggest that foreign-based carriers, to the extent they do try to lower rates, do so only for the purpose of squeezing out non-members in a given trade lane. So, the argument would go, the alliances would be good for customers only in the short run.

The EC and the FMC regulate an industry with a past legal practice of price-fixing. More of the carriers are foreign and they are further consolidating. Just three alliances control 80% of the world’s container vessel capacity. Their dominance is centered in Europe-Asia and Europe-U.S. trade lanes.

Despite this the industry is characterized by over-capacity. Also, an increase in Triple-E class vessels promises to exacerbate this problem in the years to come. These large vessels of more than 18,000 TEUs provide economies of scale and lower costs per TEU. But the supply chain effects are not always positive. Since liners need fewer vessels when switching over to the largest ones, this means that it takes longer to load and unload them at those ports able to handle them. Thus, from the perspective of the demand side of the market, response time and flexibility are diminished. Only the mega-consignors are able to easily adjust to mega-vessels.

Take an industry with huge capital costs, long lead times in acquiring vessel capacity and couple that with the uncertainty of global market conditions over that long time period. In this context it probably never seems like a good time to invest in fleet size. But periodic investment must take place and it is always a risk-taking exercise. Unless the EU and the U.S. have the stomach for regulating international containership lines like public utilities, the current model of limited antitrust immunity may be the only way to stabilize an inherently unstable mode of international transportation. It is quite the regulatory balancing act.