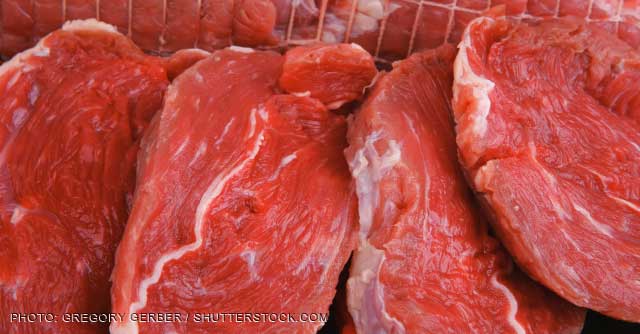 New demands for transparency and ethical sourcing are shaking up the food supply chain. For the first time since the packaged food revolution, consumers are now learning more about where their food comes from and how it gets to them. And for a large swath of the public it is raising some questions.

Consumers now living in a world of constant content and accessible information are pushing for a change. In a recent poll conducted by consulting firm AlixPartners of consumers in Europe, China and the U.S., around 60% of all shoppers place a heavy emphasis on the source of the ingredients of their food.

Data about food sourcing and transport that was once inaccessible to the average consumer is now much easier to find. And it is also easier for environmental and human rights advocacy groups to leverage against the biggest players in the food business.

JBS, a Brazilian company that is the world’s largest provider of red meat, lost some of its key contracts earlier this year after the discovery of its forced labor practices. These included workers living in inhumane and degrading conditions without shelter, toilets or drinking water. Unfortunately, the situation is not particularly rare. Within the past quarter-decade more than 13,000 modern-day slaves have been liberated from the proverbial plantations of Brazil’s red-meat magnates.

But food production companies now face consequences for not addressing these issues in their supply chains. Inappropriate supply chain practices are resulting in costly litigation from governments that are stepping up their vigilance against humanitarian crises. Moreover, negative publicity is impacting hard-won market share.

Palm oil is the world’s most widely produced plant-based oil. The high demand has threatened rainforests, especially in Malaysia and Indonesia, where 90% of the world’s palm oil is produced. Some experts estimate that an area as large as 300 football fields of rainforest is destroyed every hour, creating a devastating chain reaction with potentially disastrous consequences for the future of these nations’ economic sustainability.

It is precisely because of problems like this that Mondelez, General Mills, Kellogg Co., Unilever and Nestle have begun to list the companies that produce the palm oil that they buy. “When empowered individuals have the ability to search and learn more information, we were forced to up our game and to understand the complexity and intricacies of supply chain in a way we hadn’t before,” said John Church, chief supply-chain officer at General Mills.

Wilmar customers still include Colgate-Palmolive, Kellogg’s, Nestlé and Procter & Gamble, none of which are eager to be associated with what has been called “the biggest and dirtiest palm oil trader in the world” by environmental advocacy groups. There is intense pressure for Wilmar to reform, with strict deadlines to meet and protocols to follow. “We wanted to stop this kind of negative perception of the food industry, Nestlé, everybody, that this is a black box that nobody understands,” Benjamin Ware, global head of responsible sourcing at Nestlé, told The Wall Street Journal.