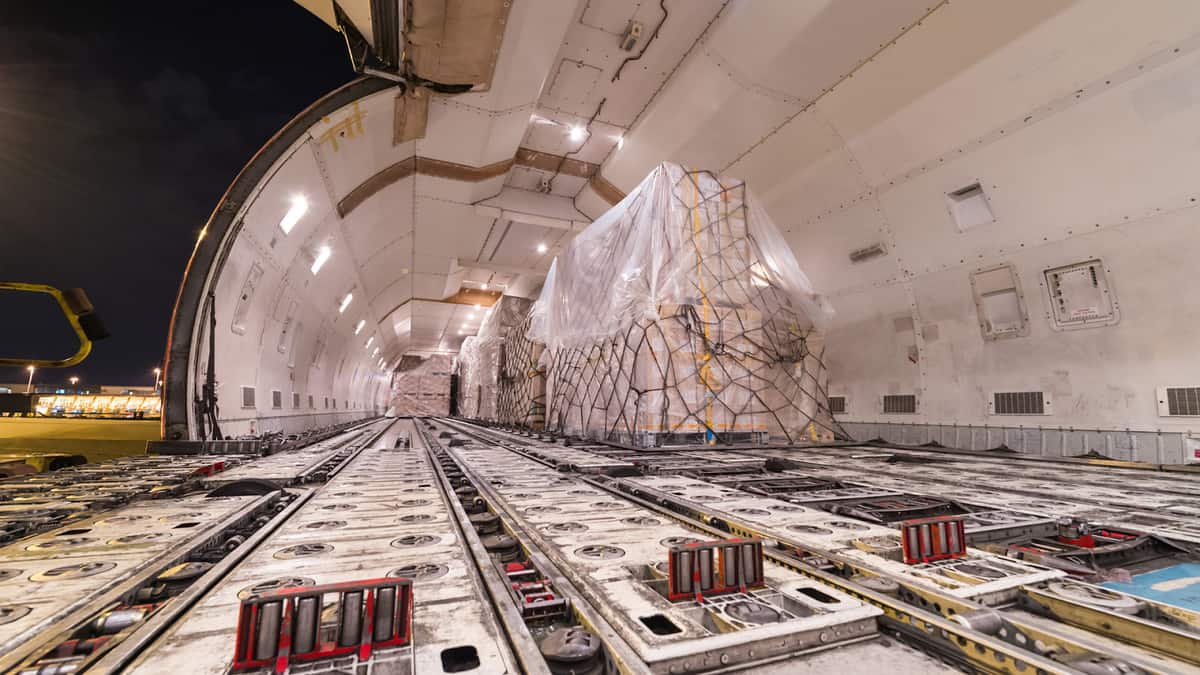 Air cargo industry forecasts for 2020 are now out and company revenue budgets are locked in. Air cargo is cautiously looking for a mild 2% turnaround on volumes in 2020, according to the International Air Transport Association (IATA), after its worst year since 2009. A rebound would be welcome news for air cargo stakeholders – airlines, air cargo handlers, airports, freight forwarders, trucking and expedited delivery companies. Some recent developments would appear positive for air cargo – a long-awaited U.S.-China “Phase One” agreement is taking firmer shape, more clarity on the U.K. political situation and Brexit, and continued strength in the U.S. economy. At the same time, other developments, such as Boeing halting production on its 737 MAX aircraft, may actually have negative traffic impacts on supply chains.

The broader trends hold some surprises

Where will the new growth come from? For a leading global economy like the U.S. that both consumes and produces products of all kinds that are shipped by air in large quantities, there are long-running structural trends that challenge growth. Air cargo industry data specialist WorldACD points to the large year-over-year global shrinkage in general cargo traffic moved by air for most of 2019, most recently down 8.2% in October, while many but not all of the specialty cargo products – pharmaceuticals, vulnerable/high tech and perishables – continue to show growth. As a group, specialty products grew 2.7% in the latest report. The general cargo numbers are much larger globally, roughly 66% of the tonnage total. To achieve overall growth, those big numbers would need to do a quick “about-face.”

Domestic air cargo in the U.S. continues to be a relatively bright growth area moving in line with a stronger U.S. economy, but the largest domestic volumes – well over 85% – are flown by FedEx, UPS and Amazon, while U.S. airlines and niche operators service the rest of the U.S. E-commerce growth has been and will continue to be a key driver for North America, with that growth skewed to just a few players so far.

Looking at international air cargo, our analysis of U.S. trade data by mode since 2010, after the Great Recession ended in the U.S., has some eye-opening findings:

Underlying these figures is the dramatic change in how shippers are using air cargo – increasingly for more valuable cargo.

That suggests shippers are managing their spend tighter and being more selective about their use of air cargo.

Air cargo is considered a premium transport mode. Depending on the market, it can range from five to 20 times more expensive, kilo for kilo, than surface transportation. Air cargo’s challenge is to overcome that initial large cost difference in competing with sea freight or trucking to make its value case by better meeting the overall needs of the end customer or project at a competitive total cost of ownership.

While some products will always use air 100% of the time due to sensitivity, extreme perishability or tight transit time requirements, much of what moves by air cargo is vulnerable to potential downgrading to surface or expedited surface modes under the right conditions.

The evolution of transport modes can work in a number of ways. New and/or highly desirable consumer products air freighted for product launches or while sales are hot ultimately see supply chain rationalization to surface modes to reduce costs and improve supplier margins as the product’s life cycle matures and competitors enter and create more price competition. Improvements in packaging, security, storage and shipping technologies for perishable, vulnerable and pharmaceutical products lengthen product shelf lives and enable less sensitive or shorter distance segments of that product to be safely diverted to surface modes. Company budget pressures and the need to achieve financial goals make use of air freight an easy target during recessionary and leaner times, forcing shippers or buyers to develop savings initiatives around surface transportation solutions.

Our review showed several examples within the U.S. trade data of a shift from air cargo to the containerized ocean mode:

Growing and re-growing the business

So in a sense, air cargo is reselling and replacing lost kilos on a continuous basis. Its growth depends on both the organic growth of the underlying products being shipped but also the ability to continually upsell those products to air. It has to keep proving its value proposition to win kilos from surface modes. Once shippers learn how to safely manage their supply chains using surface modes to satisfy their buyers’ overall needs, it can be difficult to fully reverse that in favor of air unless those chains are broken.

That means air cargo also depends on new products of all kinds entering in early stages of their life cycles and maintaining growth in the air cargo mode as long as possible before stabilizing at some level. New pharmaceuticals, perishables and high tech consumer and other technology products often lead the charge in this area. Project cargo, which can involve substantial tonnages for energy or construction shipped over defined periods, also can help drive growth, but has its own ups and downs. It also must compete against sea transport and ultimately by definition come to an end.

While air cargo has been down in nearly all regions of the globe this year (other than Africa), faster air cargo growth can be expected from less developed countries, often for perishables or lower value manufactured goods such as textiles.

E-commerce continues to be a hot topic for the industry, which can clearly see the promise of consistent and steadily increasing demand whose time element fits perfectly into air cargo’s value proposition. As noted earlier, Amazon, UPS, FedEx and DHL Express set the pace here for North America, along with others in Europe and Asia. Other logistics providers and airlines are looking to develop this area, but many are trying to figure out the best way to play. There are numerous complexities to overcome to achieve speedy and seamless processes across multiple vendors and stakeholders, so progress in this area to this point is generally uneven. Whether enough airlines and freight forwarders can break through and ultimately carve out large enough niches in e-commerce remains to be seen.

So turning the corner on 2019 and moving into a growth mode for air cargo in 2020 requires airlines and forwarders to arrest the general cargo decline and keep up the growth in specialty areas. That said, tonnage growth doesn’t drive everything. Yields matter a great deal as well. Faster growth of higher value products that have specialized requirements and handling needs can, if managed well, mean flatter volumes but still higher and more profitable revenue. But overall sustained higher volumes for general cargo normally comes with more economies around the world doing well and without too many tariff burdens that suppress trade. We will need to see much quicker progress in that direction than we saw in 2019.

For a mature economy like the U.S., what are the implications for air cargo of continuing along the current path? We see several outcomes:

The new decade and year 2020 are only a few days away. Time’s a wastin’ to get a start on growing back air cargo in the new year.