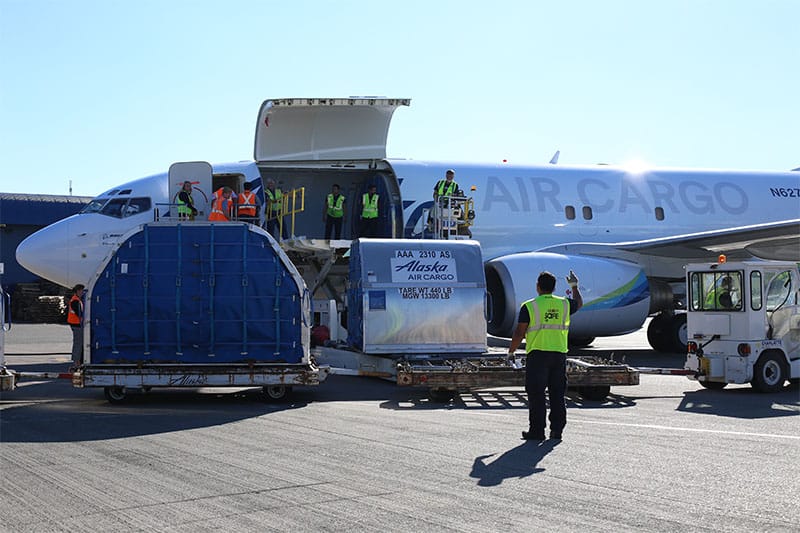 Operators of B737 aircraft converted by Israel Aerospace Industry have begun flying the planes with loading restrictions after a safety notice two weeks ago from the Israeli government led to a halt in flights.

Alaska Airlines, Australian flag carrier Qantas and Indian low-cost carrier SpiceJet say they have returned the planes to service after a temporary grounding.

Alaska Airlines pulled its three 737-300 freighters from service for two days in mid-December and substituted for the lost capacity by utilizing B737-800 and 737-900 passenger planes as dedicated freighters, “combined with utilizing our larger passenger planes when possible for extra freight,” a spokesperson said. The airline also temporarily stopped accepting new shipments on routes used to supply Alaskan towns from the Pacific Northwest.

The converted freighters are operating again after an internal assessment, but Alaska Air is limiting the loads for the time being, the official said.

Each aircraft has a 42,000-pound maximum capacity.

In a Dec. 12 airworthiness directive, the Israeli Transport Ministry said 47 aircraft (300, 400 and 700-series) had a defect in the rigid barrier wall that protects the cockpit from shifting loads during sudden deceleration. The defect was discovered during an internal examination of IAI’s facilities.

IAI Communications Manager Lital Ben Ari, downplayed the situation, saying the aircraft can fly normally with only a slight reduction in weight. “IAI was very conservative regarding the apparent damage. All experiments done by now show no problem at all in the rigid barrier. But we’re not done checking. In any case, no rigid barriers were replaced or are expected to be replaced in the future. Any damage that is discovered will require a minimal fix,” he told FreightWaves.

Ben Ari stressed that there has never been an accident involving the 9G barrier and that no additional oversight of IAI operations has been mandated. “All manufacturing, production and assembly process are completely open to the Israeli authority and checked on a regular basis by IAI and the authorities,” she added.

Alaska Public Media reported that Alaska Air was retrofitting the barrier wall in the three freighters.

Qantas Airways is operating its four B-737-400 freighters converted by IAI with some restrictions, in line with the airworthiness directive, a spokesperson confirmed.

In a regulatory filing, SpiceJet, which operates three B737-700 aircraft that were grounded on Dec. 13, said it returned those aircraft to service on Dec. 23.